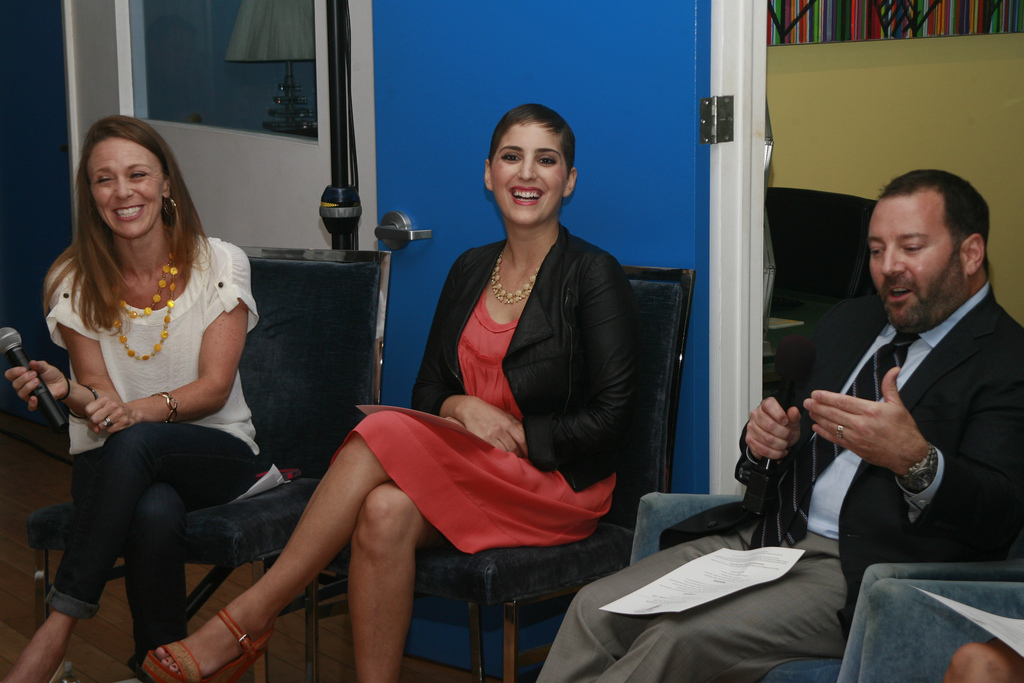 NEW YORK Suleika Jaouad always wanted to be a writer, reporting abroad on wars and revolutions.

But three years ago she had to slightly modify her journalistic dream. She was diagnosed with an aggressive form of leukemia at the age of 22.

As Jaouad describes it, she started to instead report from the frontlines of her hospital bed by blogging about her experience.

"I would like to think of myself not only as a patient, but a patient-advocate who is hoping to put a spotlight on issues people don't want to talk about, or are uncomfortable or embarrassing," Jaouad said at a panel discussion hosted by Gabrielle's Angel foundation for Cancer Research in New York.

One of those uncomfortable conversations was talking about sex.

Jaouad realized after speaking with other young people also going through cancer treatments that they all shared the same problem: there was lack of knowledge when it came to understanding how their bodies would be changing because of treatment and how that would affect their sex lives.

While Jaouad, now cancer-free and going through preventative chemotherapy, shared her revelations about this under-discussed issue at the panel, other experts and specialists in the cancer community spoke about their research and findings.

Shari Goldfarb is a Breast Medical Oncologist and health outcomes researcher at Sloan-Kettering Cancer center in New York. Goldfarb said the center did an all-female cross-sectional survey of women who have breast cancer or lymphoma.

The survey found that 76 percent of women - including those who completed treatment -- had some sort of sexual dysfunction.

Some common sexual problems that women might experience during and after cancer treatment can include decreased libido, vaginal dryness, pre-to-post menopausal status, difficulty with arousal, and pain during intercourse.

It can also be difficult to discuss.

"I was living in an emergency and to talk about what I thought of as quality of life issues seemed not only inappropriate but superficial. I was fighting for my life and what place did a conversation about having sex with my boyfriend have in the bone marrow transplant unit," said Jaouad.

Her doctor didn't initiate that discussion either, but Jaouad ended up meeting Sage Bolte, an oncology counselor specializing in sexual health and recovery who works for INOVA "Life with Cancer."

Bolte was the first medical provider to ask Jaouad questions about how she was doing sexually. Bolte truly believes that sexual health cannot be dismissed when talking about the human body.

"You are a sexual being whether you are in a relationship or not. ... I think that is really important and valid and valuable, regardless of your relationship status. ... Your sexual health is essential to a core part of who you are," Bolte said.

Christopher Anrig, a social worker for Sloan-Kettering, makes a point to not forget men in this regard.

Anrig acknowledges that any diagnosis is going to have an impact on a person's sense of their "sexual-self," which he defines as not just physical sexual function but also by an individual's sexual self-esteem.

Ethan Zohn knows about this firsthand. He is a two-time lymphoma survivor and was a winner on on the CBS reality show "Survivor."

"I went through two stem cell transplants. And when that happens your self-esteem, self-confidence goes literally down the tube. I didn't look good, I didn't feel good," Zohn said.

While cancer patients' physical and mental changes are often unavoidable, the factors of communication and initiation between patients and doctors are not.

"I think one of the most important things I realized as a patient is that you need to take that initiative. But beyond that I realized that despite having these resources [great doctors] there seems to be this communication breakdown that happens between doctors and their patients, and somewhere these facts and solutions are getting lost in translation," Jaouad said.

Jaouad believes that issues of sexual health and oncology are intimately tied. And with that connection comes a responsibility not just for the patient to be unafraid to ask questions, but also for a doctor to start that crucial sexual health conversation.