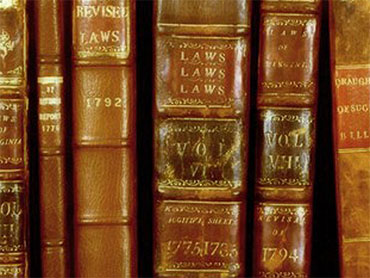 If Tiger Woods lived in Minnesota (and was a woman) his alleged extramarital affairs may have landed him in even bigger trouble than he's already in.

There are apparently laws on the books dating back more than 150 years, when the Gopher State was just the Gopher Territory, making it illegal for a married woman to cheat on her husband, reports CBS station WCCO-TV in Minneapolis.

Another statute prohibits single women from having sex at all.

The law against married women is a gross misdemeanor and carries a prison sentence of one year, plus a possible fine of up to $3,000.

"It's completely obsolete and should be repealed," State Senator Ellen Anderson told WCCO.

Neither law is enforced, but not everyone thinks they're outdated.

"We think they're important. They send a message," said Tom Prichard of the Minnesota Family Council, who thinks the laws should actually be strengthened to apply to men as well.

"When you are dealing with a marriage, it's not just a private activity or a private institution. It's a very public institution. It has enormous consequences for the rest of society," Prichard said.

Anderson said most lawmakers won't bite on trying to repeal the sex laws - because they're not enforced, it may not be worth spending the political capital.

"Anything that has to do with sex for some reason becomes a political football around the Capitol."