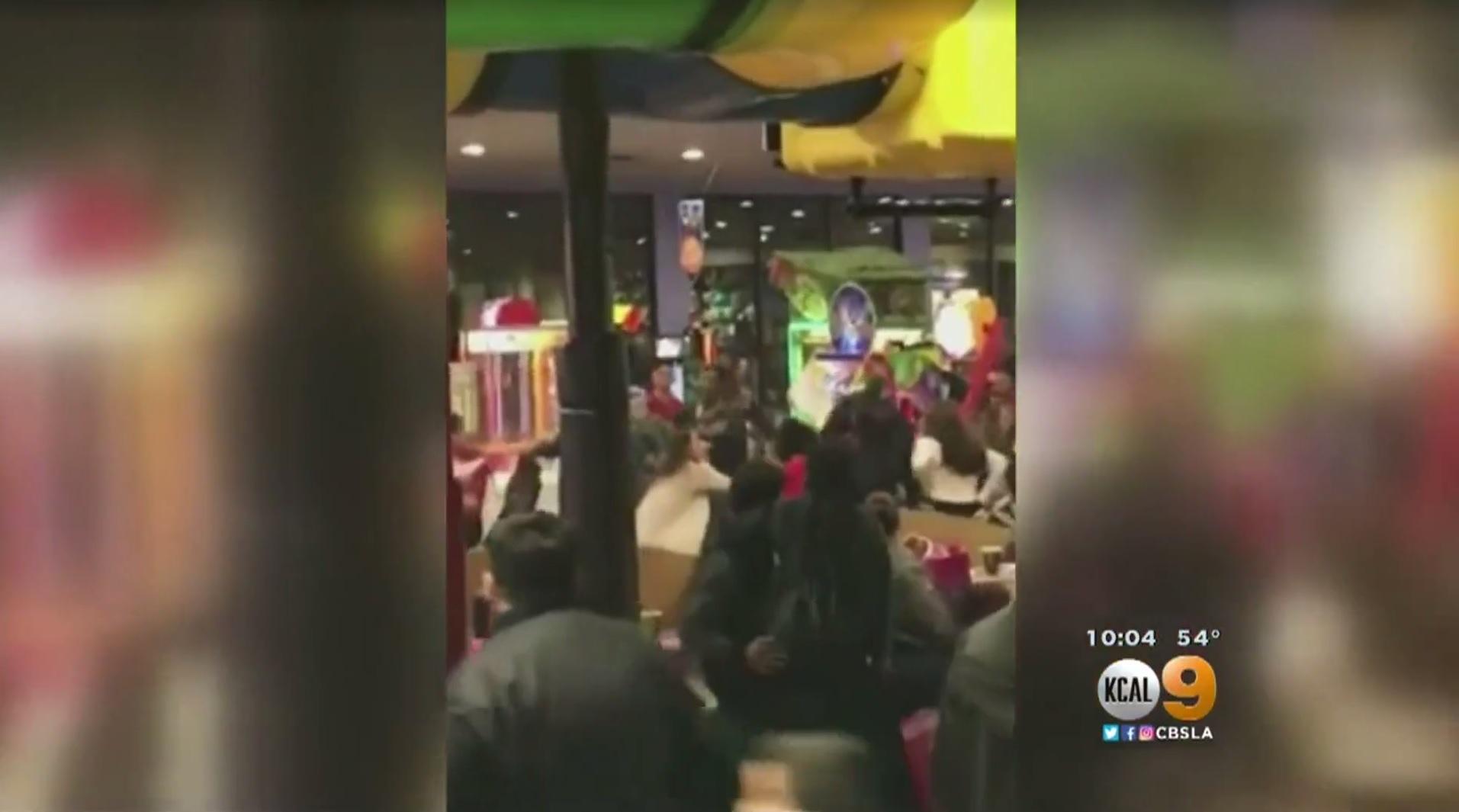 VICTORVILLE, Calif. -- Two violent brawls broke out at a Chuck E. Cheese’s restaurant this week, and one of them was caught on video showing adults behaving badly in front of children, CBS Los Angeles reports.

Sharon Cabrera caught the first fight on her phone and posted the video on Facebook.

She told CBS Los Angeles several men and women fought over tickets at the restaurant.

The second brawl happened around 2:45 p.m. Thursday, leaving a 51-year-old woman with a bloody face. The grandmother told CBS Los Angeles she was left with bald patches on her head and nearly got her eyes gouged out.

She said it started when she accidentally bumped into another woman. Things then quickly turned violent.

The other woman suffered injuries to her hand.

The grandmother said she was there to spend time with her family and was not drinking at the time.

The restaurant does serve beer, but two is the limit.