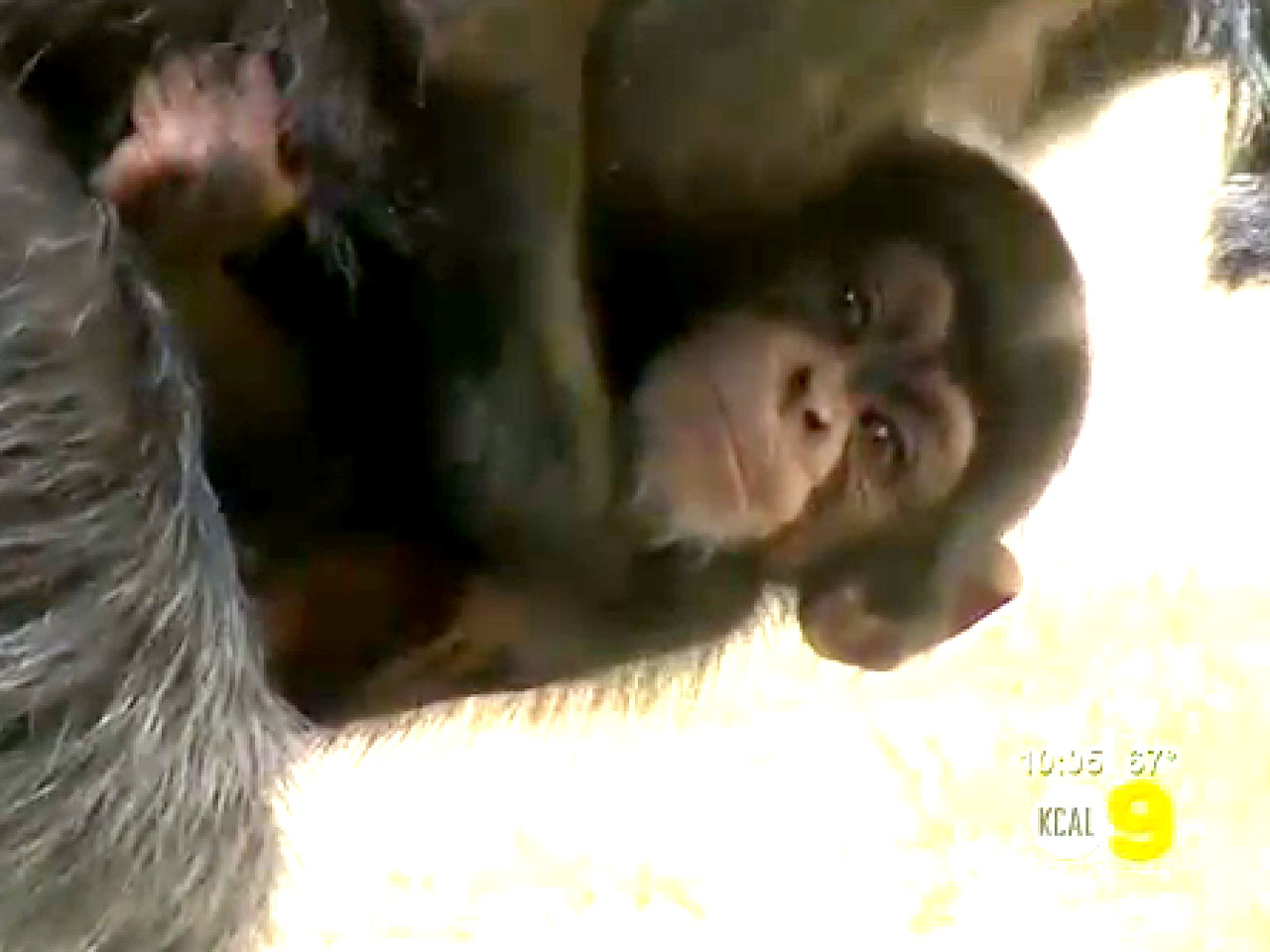 Witnesses told CBS Los Angeles that about 100 or so people saw the tragedy, some so horrified they had to leave the zoo. Others were so enthralled that they captured parts of the incident on their cell phone cameras.

"Chimpanzee behavior can sometimes be aggressive and violent and the zoo is sorry that visitors had to be exposed to this," the facility said in a statement.

The unnamed infant chimpanzee, born March 6, was the daughter of a chimp named Gracie.

Zoo officials told CBS Los Angeles they aren't sure why this particular male went after the baby and that there had been no aggressive behavior against the chimp since its birth. Male adult chimpanzees, however, have been known to kill young offspring when they fancy an adult female. They are also known to fight and try to kill existing partners of the desired female and direct their anger at baby chimps.

"A bunch of screaming -- like the monkeys getting crazy," said one zoo visitor, Sylvia De Leon. "We did get scared because we were around that area."

One witness said the male chimp held the baby away from the rest of the troop and repeatedly hit its head.

Another family said they only heard the commotion, but the loud noises scared them enough to leave.

"All I heard was screaming," said Alex Sanchez, one of the family's sons. "They stopped for a while, but then they started going again."

Officials said that zoo staff was not allowed to immediately enter the exhibit for their own safety. Gracie, the mother, was allowed to keep the infant's body overnight to allow her the opportunity to grieve.

"This is a heartbreaking a tragic loss for the zoo and especially for the Great Ape Team who have worked diligently to care for the infant and its mother since its birth," the zoo said in a statement.

The chimpanzee troop at the Los Angeles exhibit is one of the largest in a North American zoo.