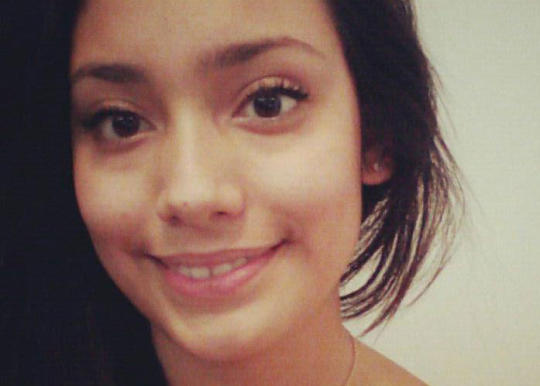 Police say they are investigating the case as a homicide.

"We are treating this as a homicide investigation," Tempe Police Sgt. Mike Pooley said at a news briefing. "Our detectives are focused on finding answers. There are a lot of holes in this mystery."

The remains were found in a creek bed by a homeowner Aug. 6 on the eastern outskirts of the Phoenix metropolitan area, though investigators only recently publicized the discovery.

KPHO reports detectives have been looking for more evidence related to the case in the surrounding area since the discovery of the remains. Sgt. Pooley said they are searching for personal items, such as a wallet or cell phone.

"We don't believe she was dumped in the area where we are searching," Pooley said. Police said they believe recent rains could have swept her body down the creek bed.

Police have not identified any persons of interest but Pooley says they are "determined to find who is responsible for this."

Salinas went missing from Tempe June 15 after attending a party. The Gateway Community College student was on her way to her boyfriend's house when her car hit a curb and got two flat tires, according to KPHO. The 19-year-old reportedly called a cab, but the cab diver did not find her at the gas station where she told the driver to meet her. Her damaged car was later found several blocks from her apartment.

Anyone with information that could help in the Salinas case are asked to call Tempe police at 480-350-8311 or Silent Witness at 480-WITNESS.