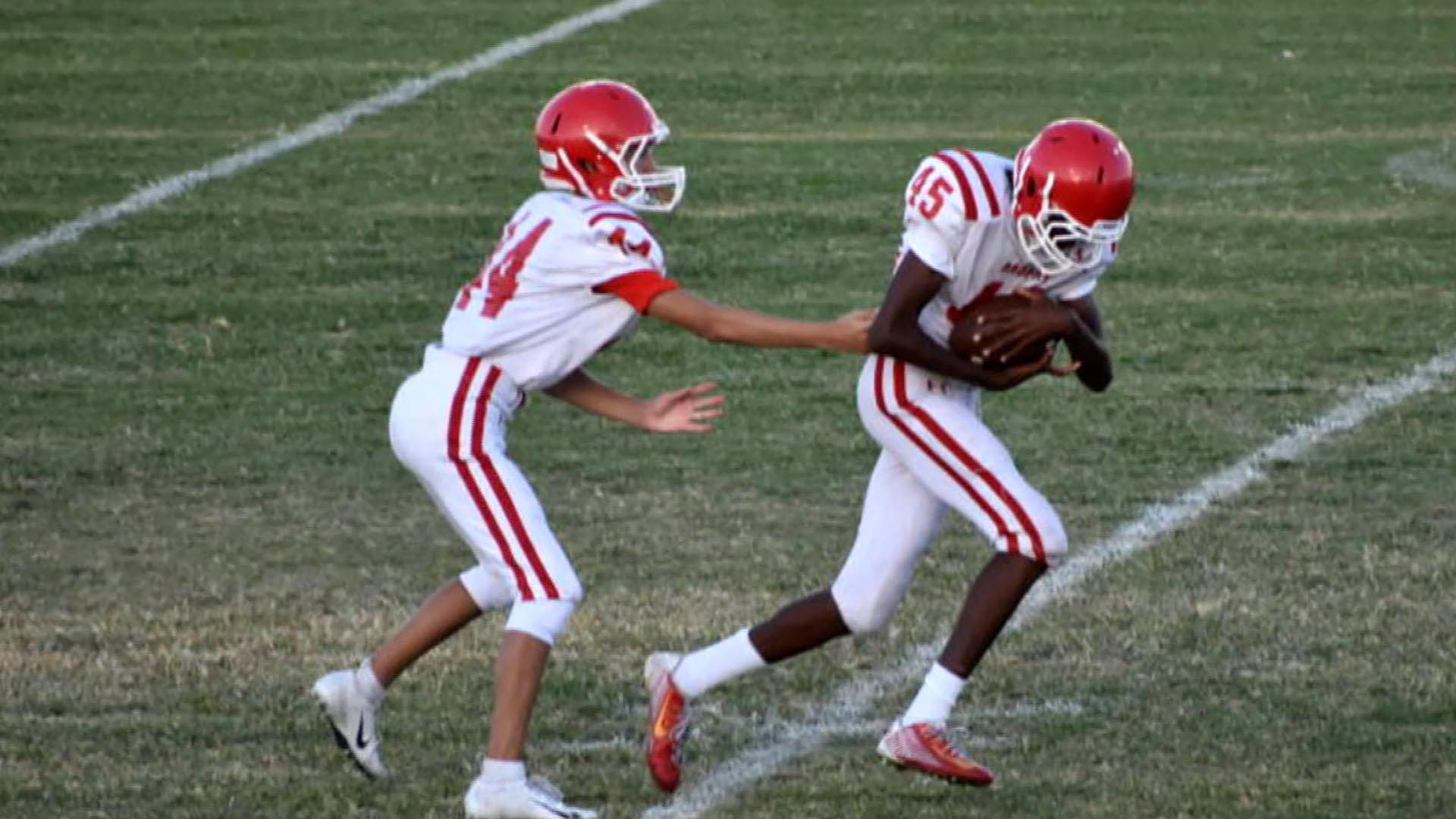 It's not every day that the crowd goes wild for a late touchdown in a blowout football game. But one recent touchdown was a little different than most.

Adonis Watt, a freshman running back for the Brophy Broncos in Phoenix, is 6 feet, 2 inches tall, 140 pounds — and blind.

"I'm just very confident of my ability, my speed, my power," Watt said.

He has a rare form of glaucoma which took his sight when he was 5. But it couldn't temper his passion for the game.

"My most absolute favorite part is winning," Watt said. "It's very enjoyable just to stand up and actually run someone over."

"I pretty much see nothing," he added. "You just got to trust your abilities, trust your whole linemen and trust the play that it will work."

When Watt was a child, his mom, Veronica, hoped he might try something a little safer.

"I believe in him," Veronica said. "This is news to you but this is what he does ... I said, they are going to hit you in your blind spot, and he said, 'All my sides are blind,'" she explained.

Scott Heideman, his coach, also had some concerns.

"I was fearful," Heideman said. "This is a game that people are afraid to play with their sight."

That is why you might notice the defense give up a little in that first touchdown run. But then, two weeks later, something remarkable happened.

Watt scored two touchdowns against a team that didn't know he was blind, and couldn't do anything to stop him.

"He lost his sight, but he has a whole vision for life," Veronica said.

Who needs sight with that kind of vision.