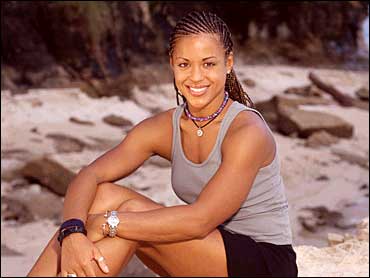 Tempers were short and emotions thinly veiled on Thursday night's episode of "Survivor: All-Stars" after a reward challenge game of truth revealed the players' real opinions of one another.

Wounded egos spurred some testy exchanges at camp -- specifically from Alicia who was named the tribe member who thinks she's smart, but isn't. With numbers dwindling, the Survivors are voting to keep people who are easiest to live with, and after Shii Ann – the last original Mogo Mogo – won a key immunity challenge, the tribe mates sent Alicia and her confrontational attitude packing.

The reward challenge was a game of truth -- a sort of Survivor version of "The Newlywed Game" -- in which the players filled out questionnaires with instructions to reveal honest opinions of their competitors. They then went over the questions together and tried to guess the group consensus.

Rupert won reward, earning all players a trip to a five star Panama restaurant. There were seven dinners ranging from a bowl of camp rice to a full steak dinner. Rupert took the steak, awarding second pick to Boston Rob, followed by Jenna, Amber, Alicia, Big Tom and finally Shii Ann, in effect revealing the four-way alliance that supposedly exists between Rupert, Rob, Jenna and Amber.

Aware of the target on her back, Shii Ann was determined to win immunity, and when the challenge turned out to be a test of will power and also the ability to stand still for long periods of time, knew she had a chance. The Survivors all stood with one arm straight in the air chained to a delicately balanced bucket of water. When the water spilled, the player was out of the game.

After a two-hour stand-off between Rupert and Shii Ann, the gentle giant finally folded leaving Shii Ann shouting for joy and shoving her victory the other players' faces.

Like others before her, Alicia made the mistake of trusting an old alliance with Boston Rob, which proved none too stable when it came time to vote. A stunned Alicia was voted out of the game, and in her parting words warned Boston Rob that if he makes it to the final two, he won't be getting her vote to take home the million dollars.