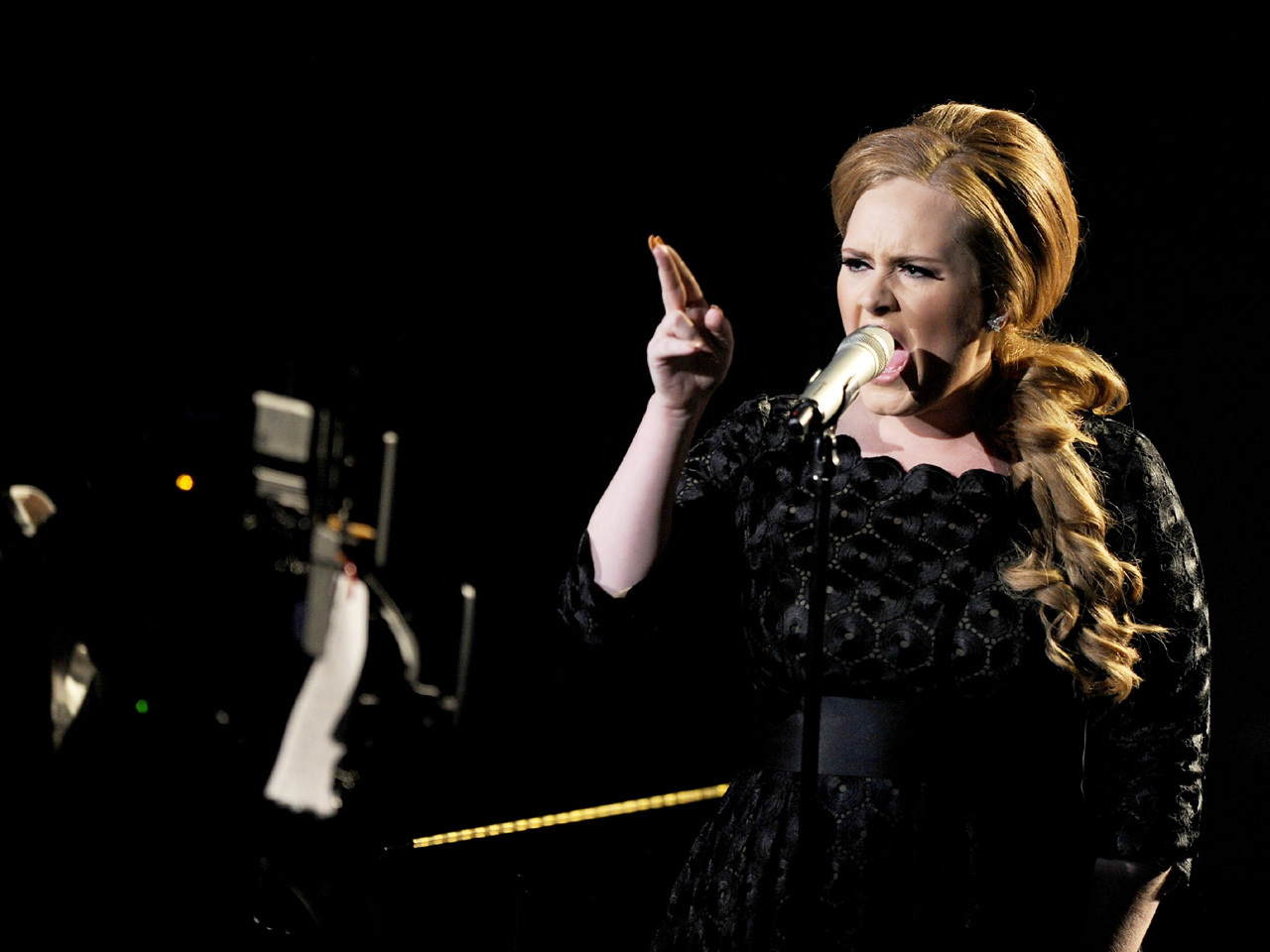 (CBS) Among all the big moments at the MTV Video Music Awards Sunday - Beyonce's baby announcement; Katy Perry winning Video of the Year - there was a quiet moment amid all the brouhaha. Adele sang her quiet and contemplative "Someone Like You" accompanied by piano.

"Rolling in the Deep" has thus far been a bigger hit in the United States, but the spare "Someone Like You" was a hit at the VMAs (and is still moving up the charts) with the audience cheering Adele on during the chorus and the song's end. Adele avoids theatrics and it sounds as if she's singing directly to the song's subject.