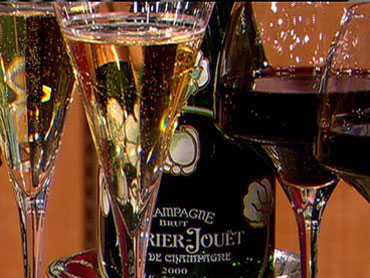 In "The Early Show" "Five Ways To Boost" series, we looked at many ways to spark up your sex life, from creating the right mood to serving the right food.

Levkoff said the brain is the most erogenous zone for both men and women.

"You turn on the mind and you can turn on everything else," she said.

For men, Levkoff said a really sensual spot is around the hip bone where the abdomen meets the pelvic bone.

"You're close enough that it arouses some excitement, but novelty is the key here," she said. "For women, shoulders, neck, places where you're connecting in a different way where it's not just about sex, but it could lead there."

Levkoff said kissing is "so important."

"It's very underrated," she said. "When we first meet, we're kissing each other all the time, we're inhaling each other. And then, as our relationship evolves, it tapers off. But really it's the best way connect with someone, spend some time kissing, passionate kissing, reconnect with a partner and it does wonders for your sex life."

In the "sexy talk" department, Levkoff said it doesn't have to be dirty in order to be sexy.

"I think that we often confuse the two," she said. "The best way to talk sexy is really always to talk about what turns you on about someone else, to be able to say, 'I love it when you' -- fill in the blank. It's great it for our own egos and it's instantaneous feedback. So you know it's working."

Relationship expert Ian Kerner, the author of "Sex Recharge: A Rejuvenation Plan for Couples and Singles," also appeared on the broadcast to show how couples can make the bedroom more inviting for sex.

He shared some common bedroom blunders to avoid.

Common Bedroom Blunders:
1. Rooms get cluttered
2. No lock on bedroom door
3. Too many digital distractions
4. Nothing to inspire romance

Kerner added it's also important to have a bed with clean, crisp sheets and good bedding.

"A lot of guys would be content with 'Star Wars' sheets, but not the height of romance, OK?"

He added the bedroom can also be enhanced with artwork, candles and other soothing lighting and flowers.

"Little touches really help to turn that crow's nest into a love nest," he said.

Food expert Amy Reiley, the author of "Fork Me, Spoon Me: The Sensual Cookbook" and editorial director of EatSomethingSexy.com also appeared on "The Early Show" to teach how you can feed our libido.

Reiley said there, in fact, specific foods that can actually affect your sex drive.

She said, "In general, for just general health and feeling great, eating a lot of local foods is a good idea, but modern science is finding that there are certain foods that are superfoods for the bedroom."

Oysters aren't the only food of love. Other shellfish, such as mussels, could also increase arousal.

She said mussels, in particular, have an amino acid in them that can raise sexual hormone levels in both men and women. Mussels, she said, are also an excellent source of omega 3.

And did you know watermelon, if the proper amount is eaten, could have a Viagra-like effect?

"Watermelon has a phytonutrient called citrulline, and they've discovered that it can relax blood vessels and have a similar effect to Viagra," Reiley said. "Now, some recent research says that it probably would take about six cups of watermelon to have that Viagra-like effect, but the citrulline is really concentrated near the rind of the watermelon and so now that the researchers know that they're trying to create watermelons where the pink flesh will have that content. So maybe just one serving will do it. So maybe by the summer we'll have super melons."

What you drink is also important to your sex drive, as well, Reiley said.

Champagne and sparkling wine is great for women because, she said, bread dough and yeasty smells can cause arousal. For men, she said, red wines can have a similar effect.