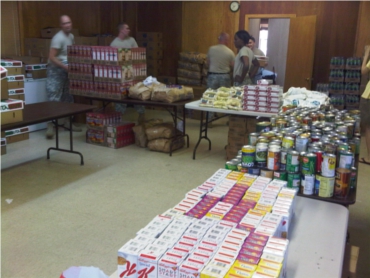 The use of drugs to treat children who are disruptive or inattentive in school -- children with attention deficit disorder (ADD) -- has been highly controversial for decades.

The assumption was that with treatment, kids with ADD outgrew the condition. But as Correspondent Morley Safer reports, the disorder isn't just for kids any more.

Adult ADD has created a whole new market for the drug industry, which claims that 8 million American adults now have this mental illness.

And at least one drug maker claims that a simple six-question quiz can give a strong indication whether an adult has ADD or not. Are you impulsive, restless, indecisive? Adult ADD is quickly becoming the disease du jour.

At this year's CHADD (Children and Adults with Attention Deficit Disorder) conference in Nashville, Tenn., doctors, drug company representatives, adults with ADD, and parents of kids who have it, are looking for an explanation for the messiness of their lives.

"A lot of adults have this condition. And most of them don't know they have it," says author and psychiatrist Dr. Edward Hallowell, who says that millions of Americans, including himself, actually have a medical condition.

How has this epidemic suddenly come upon us?

"Most people haven't known about it, but it's been around for as long as there have been people," says Hallowell. "If you look at the core symptoms of ADD -- distractibility, impulsivity, restlessness -- goes back for thousands of years."

Until recently, these symptoms were considered to be annoying personality quirks, like chronic lateness. But now, the condition has a name - Adult ADD - and a pill to treat it.

"It can be as effective as eyeglasses. It can really improve mental focus," says Hallowell. "Someone goes from tremendous underachievement to reclaiming their life. Not only professionally, but personally. Marriages are saved. Families are saved. Careers are saved."

Hallowell says ADD sufferers have difficulty concentrating and they procrastinate -- which sounds like most people.

"That's why I often say the difficult differential diagnosis is how do you tell a case of ADD from a severe case of modern life," says Hallowell.

But diagnosing Adult ADD is a tough call, and it relies mainly on a doctor's judgment. So drug companies are encouraging self-diagnosis by appealing directly to consumers.

Two years ago, a drug called Strattera became the first ADD medication approved specifically for adults. Drug maker Eli Lilly is trying to reach out to the 8 million adult Americans it believes are suffering from ADD. The drug was launched amid heavy publicity - television ads, radio spots and print ads - directing adults to be screened.

They also have a quiz, with six simple questions, to see if they are at risk: Do you have problems wrapping up projects or starting them? Or remembering appointments? Do you put things off? Do you feel overactive? Do you fidget if you must sit for a long time?

An answer of "sometimes" or "often" to four of the six questions will tell you to see your doctor – and that you've got a better than 90 percent chance of having ADD.

"You'd have to be in a coma not to respond yes to many of those questions," says Hallowell. "But the point of a screening test is to bring in as many people as you can."

Apparently enough Americans took the quiz and failed it, causing doctors to write more than a million prescriptions for Strattera in only 6 months -- a quarter of a million for adults alone.

"If you want to stir up worry in the public, and you've got the advertising dollars to do it, you can turn almost anything into a disease," says Dr. Arthur Caplan, a professor of bioethics at the University of Pennsylvania.

Caplan says the market for so-called "lifestyle" drugs has exploded in the past 10 years, and the next big thing is Adult ADD, which is a $2 billion market.

"The market for treating children has been getting full. Anybody who possibly could be put on medication as a child has been," says Caplan. "So the only way to move more product is to expand the definition of the disease."

Does Caplan agree with the drug companies' claim that there are approximately 8 million American adults with ADD? "I have no doubt that there are some adults who have problems with attention," says Caplan. "But I have a feeling that there are not 8 million of them, because if you went to Germany, or Japan, or Britain, you don't find them."

There are fears that an Adult ADD diagnosis may simply become a handy excuse for slacking on the job. Also, because ADD medications can improve focus in healthy people, countless students use the drugs to cram for exams. Some use the ADD drugs that are stimulants just to get high.

ADD medications are becoming a fad, and Caplan says the seductive marketing campaigns are designed mainly to sell drugs to people — whether they need them or not.

"Doctors these days feel pretty besieged. And a lot of them are gonna say, 'I'm not gonna fight with my patients. They come in, they want something I think is trivial, I don't believe it's gonna hurt them, I'll write the script,'" says Caplan.

Eli Lilly would not appear on this broadcast, but directed 60 Minutes to Dr. Leonard Adler, director of the Adult ADD program at New York University. Adler supervised a Strattera drug trial for Eli Lilly, and is one of the creators of that screening test, which was funded by Eli Lilly and is now used by the World Health Organization.

Safer told Adler that he took the test – and failed miserably. "Not for a moment do I think I suffer from a particular condition," Safer tells Adler.

"It's not just having symptoms. It really is whether the symptoms cause trouble," says Adler. "You can't make the diagnosis just based upon -- whether the screen is positive or not. It's just to identify individuals at risk."

Even though it's used in a very direct way to market a particular drug?

"I can only speak to how my patients come into my office, and they say, 'I've taken the screener. I've screened positive.' 'I'm worried I have this,'" says Adler. " And then we sit down and do a thorough evaluation and really go through all of their symptoms."

Adler is a true believer in the drugs. He feels they are under-prescribed and that direct marketing to potential patients has a positive effect.

"They have known for all of their lives that there's something wrong with them. And they find information about the disorder," says Adler. "And it is a true kind of 'aha' moment for them, that it's an explanation for the things that they've felt have been wrong. It's, you know, they've been told that they're lazy, that they under-perform. They're not trying. And it's not that."

Nancy Quinlan, a nurse from South Natick, Mass., says she knew something was wrong with her as a young child in school.

"I couldn't get it. I would sit in the front row and stare at the blackboard, at the math, or whatever it was," says Quinlan. "I just didn't get enough of the whole picture to understand it."

Quinlan says she could never focus, could never complete tasks, and never measure up in family of high achievers. So her doctors put her on medication.

"There's no doubt for me that it's miraculous. It really is," says Quinlan. "It just completely changed my whole about who I was, and what I had to do."

But some ADD sufferers say medication isn't always the answer. David Neeleman says he always knew his brain worked a little differently from the rest.

"I scored so low on the English portion of the ACT test that my counselor hauled me in and said, 'David, had you just answered 'C' on every question, you would've done better. You would've done 30 percent better than what you did,'" says Neeleman.

He spent years in various jobs, in a sort of limbo, before he realized he had a clear-cut case of ADD. Even so, he's a huge success. He's CEO of Jet Blue, the low-cost, no-frills carrier that has shaken up the airline industry.

Neeleman says many of his out-of-the-box ideas are thanks to his ADD. "In the midst of all the chaos in your mind, and all of the disorganization, and all the trouble getting started, and procrastination, your brain just thinks a little bit differently," he says. "And you can come up with things."

Ideas like e-tickets, or ticketless travel, which is perfect for someone who is always losing things, and live TV, is making a his company profit while most of the airline industry is in trouble. But having finally discovered he had a certifiable medical condition, Neeleman decided to do absolutely nothing about it.

"I kind of had this feeling that if I took this pill, it may kind of cure me or something and then I'd be like everybody else," says Neeleman.

He says that many ADD sufferers are attracted to high-risk or entrepreneurial careers. And his list of people he thinks may have ADD include Bill Clinton, and Richard Branson.

There's also speculation that some great figures in history had ADD and led tortured but productive lives -- Leonardo Da Vinci, Pablo Picasso, Winston Churchill. And, ADD websites claim that Thomas Edison had ADD, which leads one to wonder if Edison had been on medication, he might have invented the pogo stick instead of the light bulb.

"The idea of treatment isn't to confine people and take away their creativity," says Adler. "It's really to try to help them be more productive and tap into their creativity."

But Neeleman doesn't make any judgments either way: "I've chosen not to take the pill, but I understand why people do. My wife is begging me to, you know, like on her birthday, try this out one time to see if I'm willing to go help her clean the garage or something."

"Do you feel almost kind of superstitious about it in a certain way," asks Safer. "That if you take the pill, all of these super-bright ideas will be gone and I'll be just a tedious paper pusher?"

"Yeah, I feel that. I feel like I may blow a circuit," says Needeman. "I feel like if I take the pill, I may be dependant on something that, you know, may or may not be the best thing for me. So why even mess with it?"

It's an interesting question. But that fact is Americans demand cures for everything from shyness to sexual dysfunction. They believe in better living through chemistry -- a drug-riddled behavioral utopia where all problems can be solved by a pill.