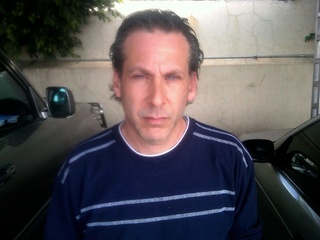 (CBS/AP) Adam Zachs, who skipped bail while appealing a murder conviction and 60-year prison sentence in Connecticut two decades ago, has been caught in Mexico, where he created a new life and family under an alias, authorities announced Wednesday.

Zachs was arrested Tuesday afternoon in Leon Guanajuato, Mexico, about a five-hour drive northwest of Mexico City, while on the way to his computer business, West Hartford police Chief James Strillacci said. Zachs, 47, was being held in Mexico City pending an extradition hearing.

Strillacci said local authorities recently received information on Zachs' whereabouts from an undisclosed source and worked with federal and Mexican officials to find him.

Zachs was convicted in the 1987 shooting death of Peter Carone outside a West Hartford restaurant. He denied the charges.  He posted a $250,000 appeal bond after sentencing, missed a court date in June 1989 and wasn't seen by authorities again until this week - 22 years later.

Police said they were "really relieved" to have captured Zachs, whose case was featured on the "America's Most Wanted" television show.

"The case never closed," Strillacci said. "If there was a lead, there was a rumor, no matter how trivial, someone would look into it. A whole generation of investigators plugged away."

Carone was shot in the back on March 22, 1987, outside the Prospect Cafe, near the Hartford city line.

Carone and Zachs, who apparently didn't know each other too well, were watching the NCAA basketball tournament on TV when Carone made a joke that angered Zachs and sparked an argument, police said. The fight moved outside, and Carone was shot as he was walking away from Zachs, they said.

In Mexico, Zachs lived under a different name and had two children, but it was unclear if he was married, Strillacci said.

Carone's twin brother, Michael Carone, told reporters after Wednesday's announcement that the family was devastated that Zachs was able to post bail while appealing his conviction, The Hartford Courant reported.

"Having Adam in jail," he said, "isn't going to bring Peter back."