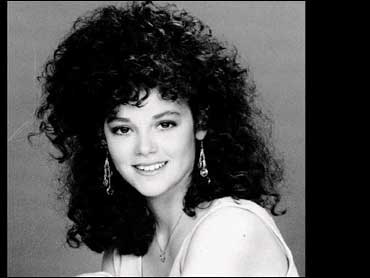 An inmate convicted of killing actress Rebecca Schaeffer in 1989 was stabbed repeatedly by another inmate, state prison officials said.

"We have a number of high-notoriety cases, so we cannot jump to the conclusion as to whether his notoriety was a factor in the attack," said prison Sgt. Chris Weathersbee.

Bardo was airlifted in stable condition to UC Davis Medical Center for treatment before being returned to the prison, officials said.

State Department of Corrections and Rehabilitation officials said the stabbing occurred in the yard while inmates were on their way to breakfast about 6:20 a.m.

Two inmate-made weapons were recovered at the scene.

The suspect attack was identified as a 49-year-old prisoner serving an 82-years-to-life sentence for second-degree murder.

Bardo, serving a life sentence, was housed in a maximum-security unit for inmates with sensitive needs, including former gang members, notorious prisoners and those convicted of sex crimes.

The slaying of Schaeffer, who was stalked for years before being shot in Los Angeles, helped prompt anti-stalking laws.

She was a former teenage model who co-starred in the 1980s sitcom "My Sister Sam."

According to trial testimony, Bardo, then 19, was obsessed with Schaeffer, and sent her letters and tried to visit her.

He obtained her address through a private detective, who got it from the state Department of Motor Vehicles.

Bardo shot the actress when she answered her door July 18, 1989. He was sentenced in 1991 to life without the possibility of parole.