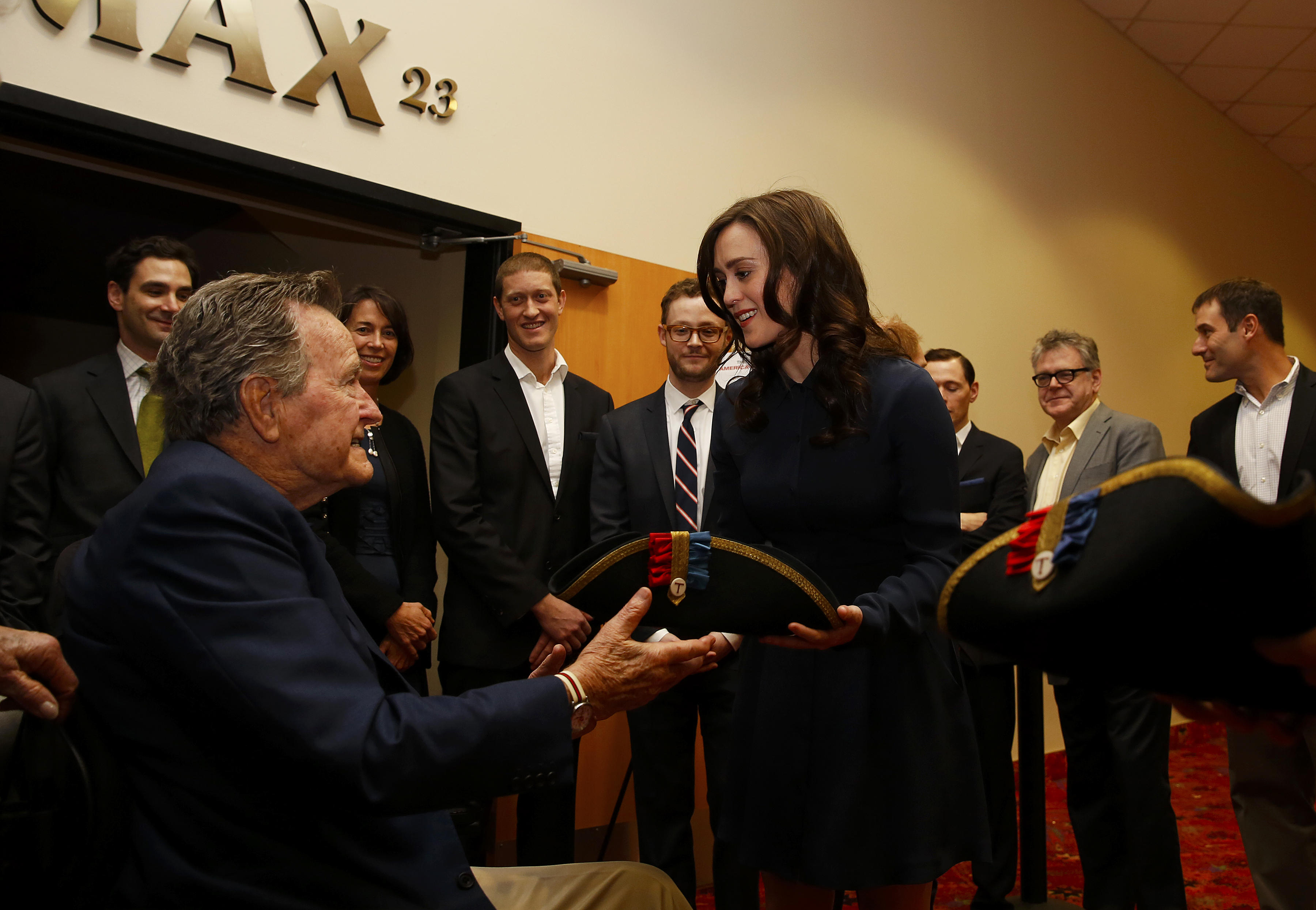 WASHINGTON -- A television actress has accused former President George H.W. Bush of touching her from behind while she was posing for a photo alongside him and telling her a dirty joke.

People magazine reports Heather Lind said in a now-deleted Instagram post that the incident took place while she was posing for a photo with Bush during a promotional tour for her AMC series "TURN: Washington's Spies."

Lind appears alongside the 93-year-old Bush, who's seated in a wheelchair, in a photo together at a Houston screening of the series in 2014.

In a statement late Wednesday, Mr. Bush's office said the former president has been confined to a wheelchair for five years and "his arm falls on the lower waist of people with whom he takes pictures."

"To try to put people at ease, the president routinely tells the same joke — and on occasion, he has patted women's rears in what he intended to be a good-natured manner," the statement said. "Some have seen it as innocent; others clearly view it as inappropriate. To anyone he has offended, President Bush apologizes most sincerely. "