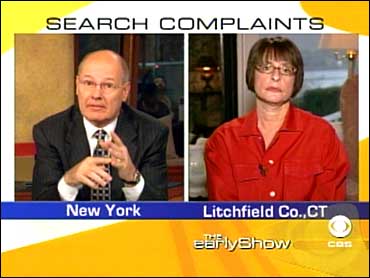 She's a Broadway star who has dazzled audiences in such hits as "Evita" (for which she won the Tony award in 1980) and a rousing revival of "Anything Goes." But, as a private citizen, actress Patti LuPone tells The Early Show co-anchor Harry Smith, she was the victim of an airport screener who went too far.

Two months ago, the Transportation Security Administration (TSA) made changes to passenger screening procedures at airports nationwide, including calling for more aggressive pat-downs. Officials say it increases their ability to detect explosives.

But LuPone has joined the increasing number of passengers who believe the pat-downs cross the line. She was recently stopped and publicly frisked at the airport in Fort Lauderdale, Fla.

Says LuPone, "It was during the initial screening. ...I took off my leather jacket. I took off my belt, my...shoes, because they have metal in them. I did what I have the knowledge to do."

Since she was traveling from a warm climate (Fort Lauderdale) to a colder climate (Chicago), LuPone explains, she had dressed in layers. "And then the initial screener said, 'Take off your shirt.' And I said, 'If I take off my shirt, I'm going to be exposed.' He said, 'OK.'

"I passed through the metal detector without any incident," continues the 55-year-old actress, "and he waved me into secondary screening, and I questioned him. I said, 'What am I doing here?' (He said), 'You said you wouldn't take your shirt off.'

She took off her shirt and then asked the initial screener what he wanted next. He never spoke to her, she says, even though she asked for more information. "And out of nowhere," LuPone says, "this woman comes and starts to give me a breast exam, not using the back of her hands, using the palm of her hands.

"And I was shocked. And I was not in a private environment. I was out there in the public and totally taken by surprise, humiliated and shocked!"

Co-anchor Smith pointed out that travelers grapple with the question of when they are being violated, and when they must understand that it is "safety at all costs." After all, informed travelers are well aware that the bombs that went off in the planes in Russia were probably taken on board by female passengers.

After her encounter with the initial screener, LuPone spoke to three other screeners who, she says, "were so compassionate and sympathetic...I actually called the TSA and commended these guys, because they knew how to handle a passenger in distress. The original screener did not."

She says she told the later screeners: "If you communicate to me, there is nothing I won't do for you. But you want to withhold the information." She reports that the screeners told her that they are not allowed to share certain information with passengers.

Concludes LuPone, "As my husband said, they're closing the barn doors after the horse is out. This stuff is hindsight. ...They need to take another initiative and be smarter about their screening."

"Death by GPS": Warnings about the devices