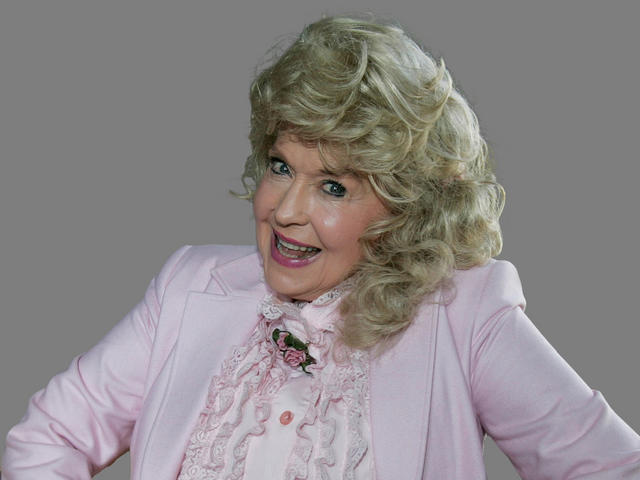 Douglas was probably best known as Elly May Clampett on "The Beverly Hillbillies," which ran from 1962-1971 on CBS. She portrayed that character in all 274 episodes of the show and brought back the role in a 1981 TV movie reboot of the series.

Born on Sept. 26, 1933, the Louisiana native was named "Miss Baton Rouge" and dubbed "Miss New Orleans" in 1957. She moved to New York to pursue a career in entertainment, landing a gig as as the "Letters Girl" on NBC's "The Perry Como Show" in 1957 and as the "Billboard Girl" on NBC's " The Steve Allen Show" two years later.

Douglas -- known for her sparkly blue eyes and platinum blonde hair -- had parts in the "Twilight Zone" and "Mr. Ed," and in 1966, she starred in "Frankie and Johnny" with Elvis Presley.

Her "Twilight Zone" appearance was a memorable one. She starred in the episode, titled "Eye of the Beholder," with her head wrapped in bandages after undergoing plastic surgery aimed at correcting her "ugliness."

She was chosen from a reported 500 young actresses to work on "The Beverly Hillbillies," which followed a Tennessee family who moved to Beverly Hills after making it rich from striking oil on their property.

For her audition, she was asked to milk a goat.

"I had milked cows before," she told The Associated Press in 2009. "I figured they were equipped the same, so I just went on over and did it."

She also performed as a gospel singer, releasing her first album in 1982. Douglas published a couple of children's books, too -- with the most recent coming out in 2011. She got involved in the real estate business briefly and in 2010 sued CBS and Mattel over a Barbie doll that she said used Elly May's name and likeness without her permission.

Her agent, Jackie Stander, told CBS News that she's deeply saddened by the news, noting, "Last time Donna and I spoke she was fine and just as spry and of God as she usually is....She spent most of her time speaking to churches and other personal appearances and just spreading joy and love. She was a country angel."