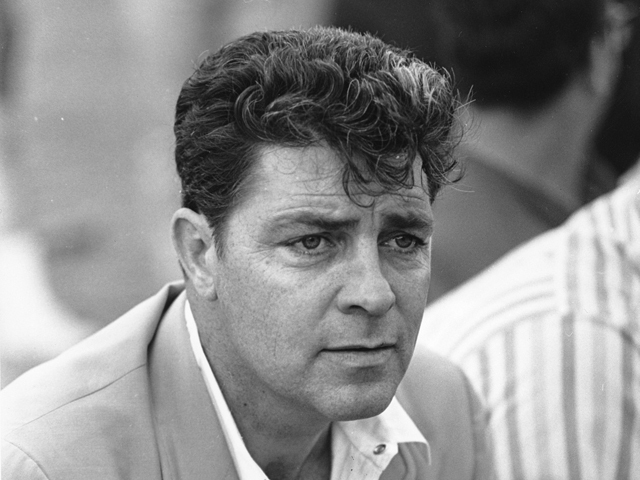 OKLAHOMA CITY Dale Robertson, an Oklahoma native who became a star of television and movie Westerns during the genre's heyday, died Tuesday. He was 89.

Dale Robertson had bit parts in films including "The Boy with the Green Hair" and the Joan Crawford vehicle "Flamingo Road" before landing more high-profile roles such as Jesse James in "Fighting Man of the Plains."

Robertson continued to work in TV in the 1970s, and in the 1980s he landed roles in the popular night-time soap operas "Dallas" and "Dynasty."

In 1993, he took what would be his final role, as Zeke in the show "Harts of the West," before retiring from acting to spend more time at his ranch in Yukon, Okla., where he lived until moving to the San Diego area in recent months, Nancy Robertson said.

Dale Robertson would want to be remembered as a father, a grandfather and an Oklahoman, she said.

"He came back a lot when he was in Hollywood, and he came back (to Oklahoma) after retiring," she said.

"I remember him as a larger-than-life fellow," she said. "When he was in town it was always very exciting. It always meant something magical was going to happen," such as another actor or performing artist accompanying him on his visits.

He joined the U.S. Army and fought in North Africa and Europe during World War II. Robertson was wounded twice and awarded the Bronze and Silver Stars and the Purple Heart.

While stationed at San Luis Obispo, Calif., he had a photograph taken for his mother. A copy of the photo displayed in the photo shop window attracted movie scouts, and the 6-foot-tall, 180-pound Robertson soon was on his way to Hollywood.

Will Rogers Jr., son of fellow Oklahoma-born actor and writer Will Rogers, once told Robertson to avoid formal training and keep his own persona.

Robertson received the Golden Boot Award in 1985, and was inducted into the Hall of Great Western Performers and the Cowboy Hall of Fame in Oklahoma City.

He was married several times, most recently in 1980 to Susan Robbins, who survives him along with two children.

Nancy Robertson said her uncle will be cremated and that a memorial service will be held in a few weeks.