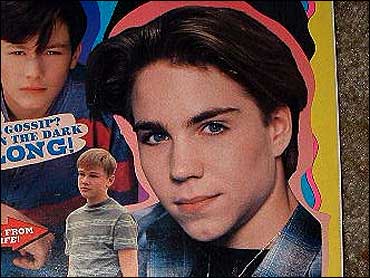 The death of 27-year-old actor Jonathan Brandis, who starred in two seasons of Steven Spielberg's "SeaQuest DSV," was a suicide, the county coroner's office said Monday.

Brandis, who died Nov. 12, hung himself, the coroner said.

Police said a friend of Brandis called 911 from the actor's apartment just before midnight on Nov. 11 to report Brandis had attempted suicide. Paramedics transported Brandis to Cedars-Sinai Medical Center, but he died the next day, police Detective Gene Parshall said.

Brandis started his career in commercials and on television, landing a recurring role on the soap "One Life to Live" at age 6. He also made guest appearances on "L.A. Law," "Who's the Boss?" and "Murder, She Wrote."

His film credits included the starring role in 1991's "The Neverending Story 2: The Next Chapter," the Rodney Dangerfield comedy "Ladybugs," the martial arts comedy "Sidekicks" with Chuck Norris and a small part in the 2002 film "Hart's War," starring Bruce Willis.

Brandis also starred as crew member Lucas Wolenczek in the underwater sci-fi series "SeaQuest DSV," a role that garnered him a Young Artists Award in 1993 and helped turn him into a teen idol. At one point, he was getting 4,000 fan letters a week -- and he was voted "Number-One Dreamboat" by "Tiger Beat" magazine.

Other film work included Ang Lee's 1999 "Ride with the Devil," and the coming-of-age comedy "Outside Providence," the same year.

Venice to impose fee on day-trippers to preserve historic city
Thanks for reading CBS NEWS.
Create your free account or log in
for more features.
View CBS News In
CBS News App Open
Chrome Safari Continue
Be the first to know
Get browser notifications for breaking news, live events, and exclusive reporting.