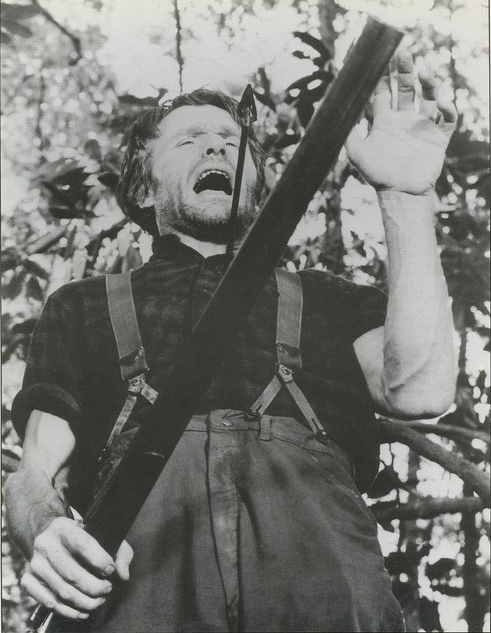 (CBS) Actor Bill McKinney, who appeared in the classic "squeal like a pig" scene in the 1972 film "Deliverance," lost his battle with cancer on Thursday. He was 80.

McKinney's family confirmed his death on Facebook, noting, "Today our dear Bill McKinney passed away at Valley Presbyterian Hospice. An avid smoker for 25 years of his younger life, he died of cancer of the esophagus. He was 80 and still strong enough to have filmed a Dorito's commercial 2 weeks prior to his passing, and he continued to work on his biography with his writing partner. Hopefully 2012 will bring a publisher for the wild ride his life was."

In John Boorman's "Deliverance," McKinney played a mountain man, who uttered the famous line, "I bet you can squeal like a pig," right before he raped Ned Beatty's character.

He co-starred with Clint Eastwood in seven films, including 1974's "Thunderbolt and "Lightfoot." McKinney also appeared alongside Warren Beatty in 1974's "The Parallax View," and later appeared in "First Blood," "Against All Odds," "Back to the Future Part III" and "The Green Mile."

McKinney made appearances on various TV shows, including "The Monkees," "I Dream of Jeannie," "Colombo," "Starsky and Hutch," "Hunter," "Murder She Wrote," "Walker, Texas Ranger" and "Baywatch."

He is survived by son Clinton, along with several ex-wives, according to his family.