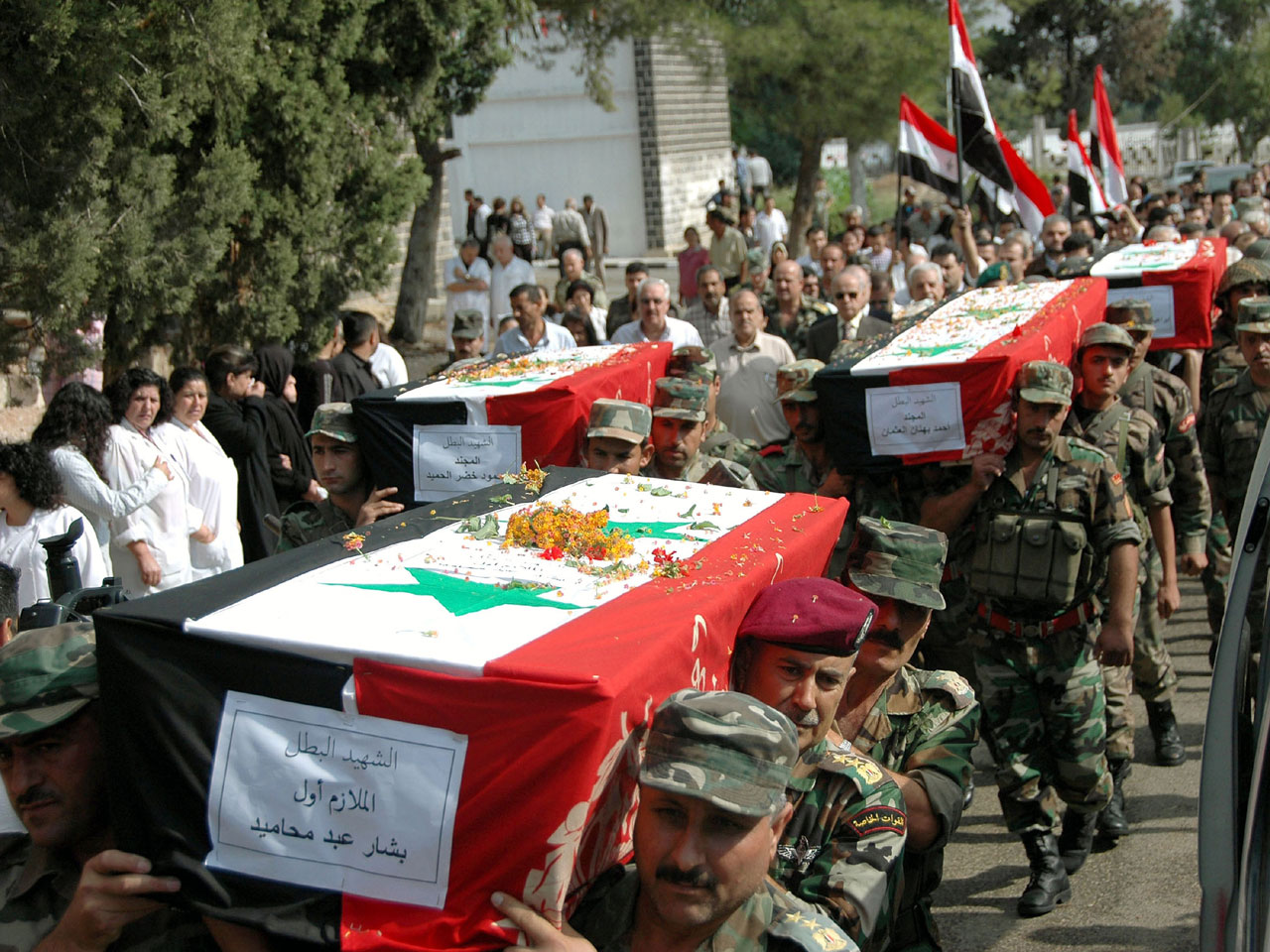 BEIRUT - Syrian troops going house to house have detained more than 3,000 people in the past three days in the rebellious town of Rastan, which saw some of the worst fighting of the 6-month-old uprising recently, activists said Monday.

Over the past week, the military fought hundreds of army defectors who sided with anti-regime protesters in Rastan. The fighting demonstrated the increasingly militarized nature of the uprising and heightened fears that Syria may be sliding toward civil war.

The activist group Local Coordination Committees said fighting in the town has now stopped after the military operation that left dozens dead. The group and a Rastan-based activist confirmed about 3,000 in the town of 70,000 had been detained. The activist told The Associated Press by telephone that the detainees are being held at a cement factory, as well as some schools and the Sports Club, a massive, four-story compound.

"Ten of my relatives have been detained," said the activist, who asked that he be identified only by his first name Hassan for fear of retaliation. He said he was speaking from hiding in Rastan.

Syria's opposition movement has until now focused on peaceful demonstrations, although recently there have been reports of protesters taking up arms to defend themselves against military attacks. Army defectors have also been fighting government troops, particularly in Rastan, the town just north of Homs that government forces retook on Saturday.

The fears of civil war, possibly along sectarian lines, were also heightened by the assassination Sunday of the 21-year-old son of Syria's top Sunni Muslim cleric — the latest in a string of targeted killings.

The state-appointed cleric, Grand Mufti Ahmad Badreddine Hassoun, is considered a loyal supporter of President Bashar Assad's regime, heading a host of regime-backed Sunni clergymen who have been a base of support for the president's ruling Alawite sect.

Hassoun, who has echoed regime claims that the unrest in Syria is the result of a foreign conspiracy, accused the opposition of creating the climate for his son's killing and blamed rival, anti-Assad Sunni clerics for allegedly issuing fatwas, or religious edicts, inciting against him.

"My brothers who were misguided and carried arms, you should have assassinated me because some clerics issued such fatwas. Why did you kill a young man who did nothing and harmed no one?" Hassoun, holding back tears, said in a sermon at his son's funeral in the northeastern city of Aleppo, aired on Syrian TV stations.

The killing was the latest in a series of targeted executions of prominent people including a nuclear engineer, university professors and physicians. The men, a mixture of Alawites, Christians and Shiites, were all killed in a hail of bullets in the past week, most of them in central Homs province — one of the hotbeds of anti-government protests.

The regime has accused "terrorist gunmen" of the killings, while the opposition in turn accused the regime of trying to foment sectarian strife to maintain its grip on power.

Syria's volatile sectarian divide means that an armed conflict could rapidly escalate in scale and brutality. The Assad regime is dominated by the Alawite minority, an offshoot of Shiite Islam, but the country is overwhelmingly Sunni Muslim. Alawite dominance has bred resentments, which Assad has worked to tamp down by pushing a strictly secular identity for the state.

He has exploited fears of a civil war fears by portraying himself as the only power who can keep the peace.

In a sign that Assad's regime might be reaching beyond Syria's borders in its crackdown, Amnesty International said in a report released Monday that Syrian expatriates in eight countries, including many in the United States, have been systematically monitored and harassed by embassy officials and others believed to be acting on behalf of the government.

In some cases, relatives back home have been detained, beaten and harassed to silence relatives who are protesting overseas. Some families in Syria appear to have been forced to publicly disown their relatives abroad.

The AP has reported on recent attacks that appear to be part of a fearsome new tactic of retaliating against protesters' families to snuff out the uprising, including the beheading of 18-year-old Zainab al-Hosni to pressure her activist brother to turn himself in and an attack on the parents of Syrian pianist Malek Jandali.

"We would expect that any official found responsible for such acts should be prosecuted, or ... asked to leave the country," said Neil Sammonds, the group's Syria researcher.

The uprising began in mid-March amid a wave of anti-government protests in the Arab world that have so far toppled autocrats in Tunisia, Egypt and Libya. Assad has reacted with deadly force that the U.N. estimates has left some 2,700 people dead.

In other developments, a member of Syria's outgoing parliament dismissed a broad-based national council set up by the opposition on Sunday, saying it will not be able to overthrow Assad's regime. Khaled Abboud told the AP that those who announced the formation of the council in Istanbul a day earlier are "deluding themselves."

The council appeared to be the most serious step yet to unify a deeply fragmented dissident movement, and many Syrians in the southern and central regions of the country took to the streets in celebration, singing and dancing.

Abboud dismissed the opposition move, saying: "It's a dream that will never come true."

In Washington, State Department spokeswoman Victoria Nuland welcomed the formation of the council but stopped short of recognizing it as the legal representative of the Syrian people, as the U.S. and other countries did with the National Transitional Council in Libya.

"We see this group as one of a number of groups trying to organize the Syrian opposition," Nuland said. "In that context, we recognize that it's a movement in the right direction. But again, there are a number of these groups."