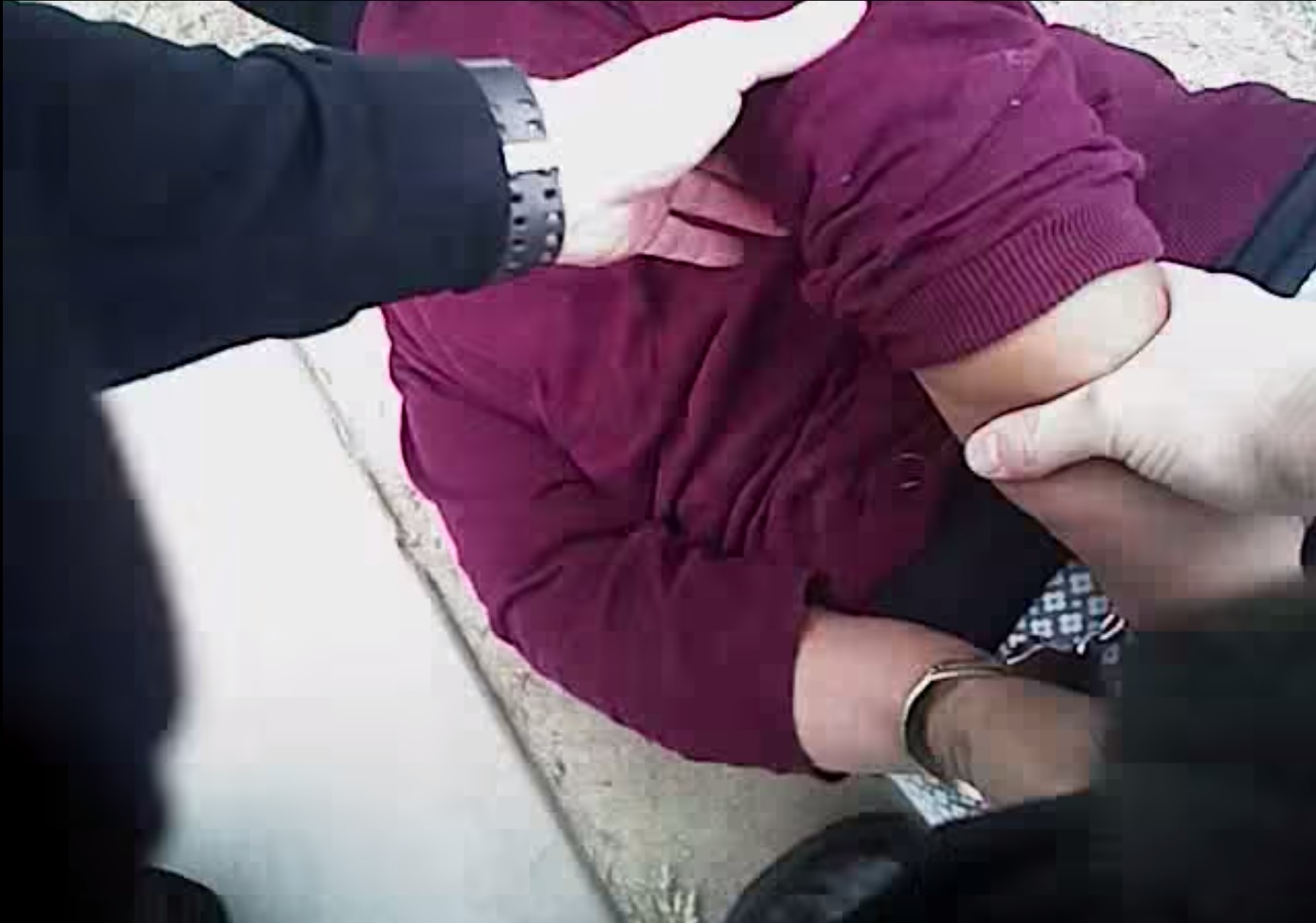 BARSTOW, Calif. -- A video released by the ACLU of Southern California appears to show two officers of the Barstow, Calif., police department wrestling a woman who was 8-months pregnant to the ground, reports CBS Los Angeles.

The Jan. 26, 2015, incident was recorded on a police body camera. The Barstow Police Department was called to an elementary school parking lot during an argument between two women. Cooks' daughter is a second-grader at the school, according to the ACLU.

In the video, one of the women, identified by the ACLU as Charlena Michelle Cooks, can be seen being handcuffed and brought to the ground -- lying on her stomach -- after refusing to show identification.

She was charged with resisting arrest, although a judge dismissed the charge.

In a statement to CBS Los Angeles, Barstow police defended the woman's arrest.

"The City of Barstow has reviewed the video link regarding Charlena Cook's (sic) arrest. It is apparent that Ms. Cook (sic) actively resisted arrest," the department said in the statement.

The department also denied in the statement that the incident was racially motivated.

Last week the City of Barstow and the ACLU announced a settlement in a separate case, in which two brothers were arrested for refusing to identify themselves to police officers. In that incident, which occurred in January 2014, a customer at a taco restaurant allegedly accused the two men and others in the restaurant of stealing from him.

When officers arrived, they asked the brothers, Jesse and Robert Katz, for identification, and they refused. They were each charged with obstructing a police officer.

An agreement in that case calls for the City of Barstow to distribute to officers a "training bulletin" advising them that, with the exception of drivers questioned during traffic stops, citizens are not required to identify themselves.

The ACLU noted that the agreement was reached shortly after the video of Cooks' arrest surfaced.