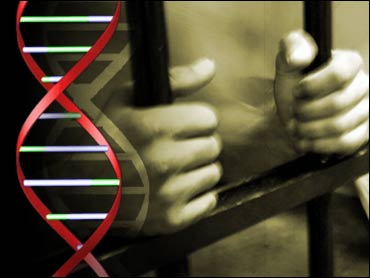 Civil rights advocates asked authorities Monday to stop collecting DNA samples from men in Truro in their investigation of a fashion writer's slaying.

Calling it "a serious intrusion on personal privacy" that is unlikely to yield results, the American Civil Liberties Union of Massachusetts sent a letter to Cape Cod prosecutor Michael O'Keefe and Truro Police Chief John Thomas, urging them to end the DNA effort.

In recent weeks, police have gathered DNA samples from hundreds of men in Truro in a renewed effort to solve the January 2002 slaying of Christa Worthington.

Worthington, 46, was found stabbed to death in the kitchen of her isolated Truro home. When her ex-boyfriend discovered her body about 36 hours after she was killed, her 2½-year-old daughter was found nearby, hungry and crying but unharmed.

Worthington was a Vassar graduate from a prominent New England family. She had worked as a fashion journalist, writing for Women's Wear Daily, Elle and The New York Times.

"She was a very radiant fashion figure all over Europe," says writer Melik Kaylan, who met Worthington in the '80s. "She was a very glamorous figure."

At just 26, Worthington landed a job in Paris writing for Women's Wear Daily. Among her coups, an interview with fashion heavyweight designer
Yves Saint Laurent.

"She was very interested in the fashion stuff, but she really wanted to make her mark in a more serious area," says Kaylan.

Worthington wanted to write a play, so in 1997, around her 40th birthday, she left the big city for Truro, where her family had spent summers.

She had sex shortly before her death, and police obtained DNA samples.

"It's DNA of an unknown male that's consistent with someone having had sexual relations with the victim," O'Keefe told CBS News' 48 Hours in 2003. "And it's that DNA that we seek to match."

But despite the semen samples, police have not been able to figure out who the man was.

"The mass collection of DNA samples by the police is a serious intrusion on personal privacy that has proven to be both ineffective and wasteful," said the letter from ACLU Executive director Carol Rose and John Reinstein, the organization's legal director.

The letter raised concerns about statements from O'Keefe, who indicated that investigators would take note of those who decline a swab of the inside of their mouths.

Mass DNA collection has been used to crack criminal cases in Europe, but in this country the technique has been used only sporadically.

Authorities in Baton Rouge, La., collected DNA swabs from about 1,200 men in 2003 in an attempt to catch a serial killer. An arrest was eventually made, but authorities say it wasn't the result of the mass DNA effort.