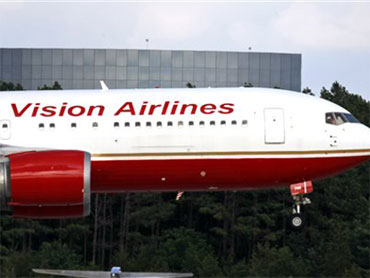 A plane believed to be carrying some accused spies the United States received in exchange for the 10 Russian agents deported Thursday landed at Washington Dulles International Airport Friday.

The maroon-and-white Vision Airlines rolled to a stop a few feet away from a waiting cavalcade of SUVs.

There was no immediate confirmation how many of the four Russians freed earlier in the day were aboard. The plane took off from Vienna, where the spy swap took place, and flew to a military base in England before a final stop in the United States.