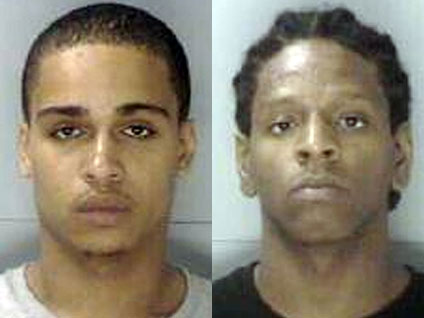 The two men reportedly waived extradition back in September after they were arrested in South Carolina by U.S. Marshals.

The New York Post reports the suspects will plead not guilty when they are formally arraigned on October 18 in the Manhattan Supreme Court, according to defense lawyers Daniel Gotlin and Daniel Parker. The two were ordered held without bail.

Murphy, a senior at Murry Bergtraum High School for Business Careers, was shot in the head in the Grant Houses in Morningside Heights.

Murphy, known as "chicken" at home and on the court, was considered one of the top girls basketball players in the city. She was also ranked as the 16th best point guard in the nation for her class by ESPN.

Police also arrested 24-yerar-old Terique Collins on charges of criminal possession of a weapon. Police said they believe Collins gave the gun to one of the two shooting suspects but Collins claims it's a case of mistaken identity.