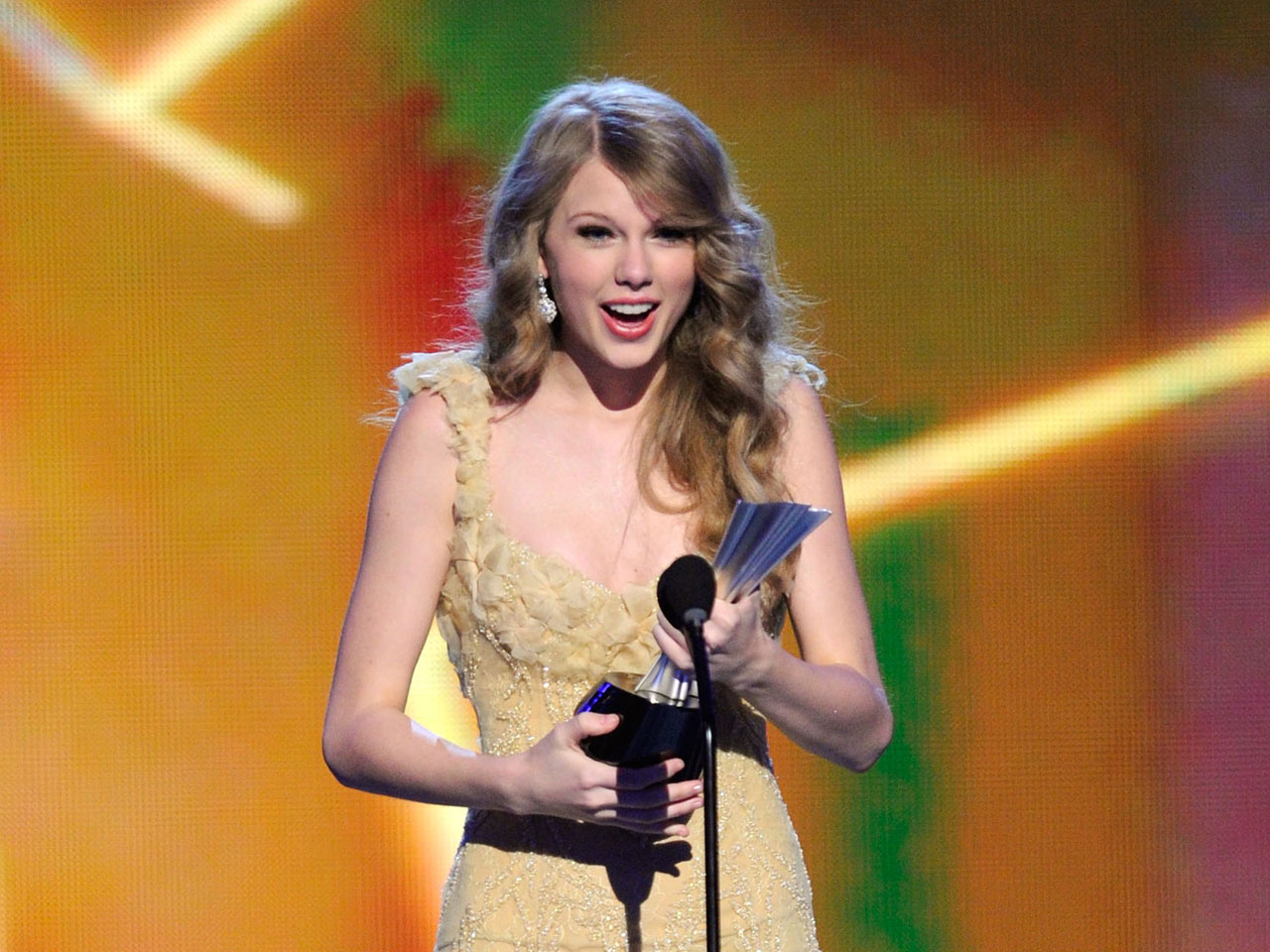 (CBS/AP) LAS VEGAS - Taylor Swift took the top honor at Sunday's Academy of Country Music Awards on Sunday night when she was named entertainer of the year, beating out the likes of Keith Urban, Brad Paisley and the night's overall winner, Miranda Lambert.

Swift had been nominated for four awards; it was her only win of the night, but it was the biggest one.

"I've never won this before and I am losing my mind," the shocked 21-year-old said as she accepted the award, which is voted for by fans.

Miranda Lambert - the night's top individual nominee with seven - won four awards, including top female vocalist and song of the year, single record of the year and video of the year for her hit "The House That Built Me," while Lady Antebellum took won top vocal group and album of the year (as both artist and producer) for "Need You Now."

Brad Paisley was given his fifth-straight top male vocalist award.

"This is way too many for me," he said before joking, "I don't know who got paid what. No, I'm kidding, kidding. It's all very fair."

Sugarland won vocal duo of the year for the second time, and The Band Perry claimed the best new artist award.

Zac Brown Band, up for five awards, took home vocal event of the year with Alan Jackson for their collaboration on "As She's Walking Away."

The ACMs didn't begin handing out trophies until almost an hour into the show. Before that, a series of performances helped kick off the ceremony.

Brad Paisley took to the stage first, with a little help from friends: Three members of the iconic group Alabama joined Paisley on his new song "Old Alabama," bringing the crowd to its feet. It was one of several big collaborations scheduled for the night: Moments later, Steven Tyler and Carrie Underwood rocked out to her hit "Undo It," then segued to the Aerosmith classic "Walk This Way."

Another crossover duet came later in the ceremony, when Rihanna appeared to perform her song "California King Bed" with Sugarland's Jennifer Nettles.

The show opened with co-host Blake Shelton singing a slow song to what appeared to be his fiance, Lambert. But as the camera panned in on a blonde draped over a couch, it revealed the show's other co-host, Reba McEntire in a blonde wig.

"All right, Blake," she said, "that's enough rehearsing for your wedding night. We've got a show to do. Focus!"

The pair assured the audience that they wouldn't be making any jokes about Charlie Sheen, Lindsay Lohan or any other celebrity scandals - then promptly launched into a series of jabs at country stars like LeAnn Rimes and Taylor Swift.

Dierks Bentley and Julianne Hough pulled double duty Sunday night - in addition to performing and presenting, respectively, they also posted comments and answer questions on Twitter during the ceremony for CBS' Tweet Week.