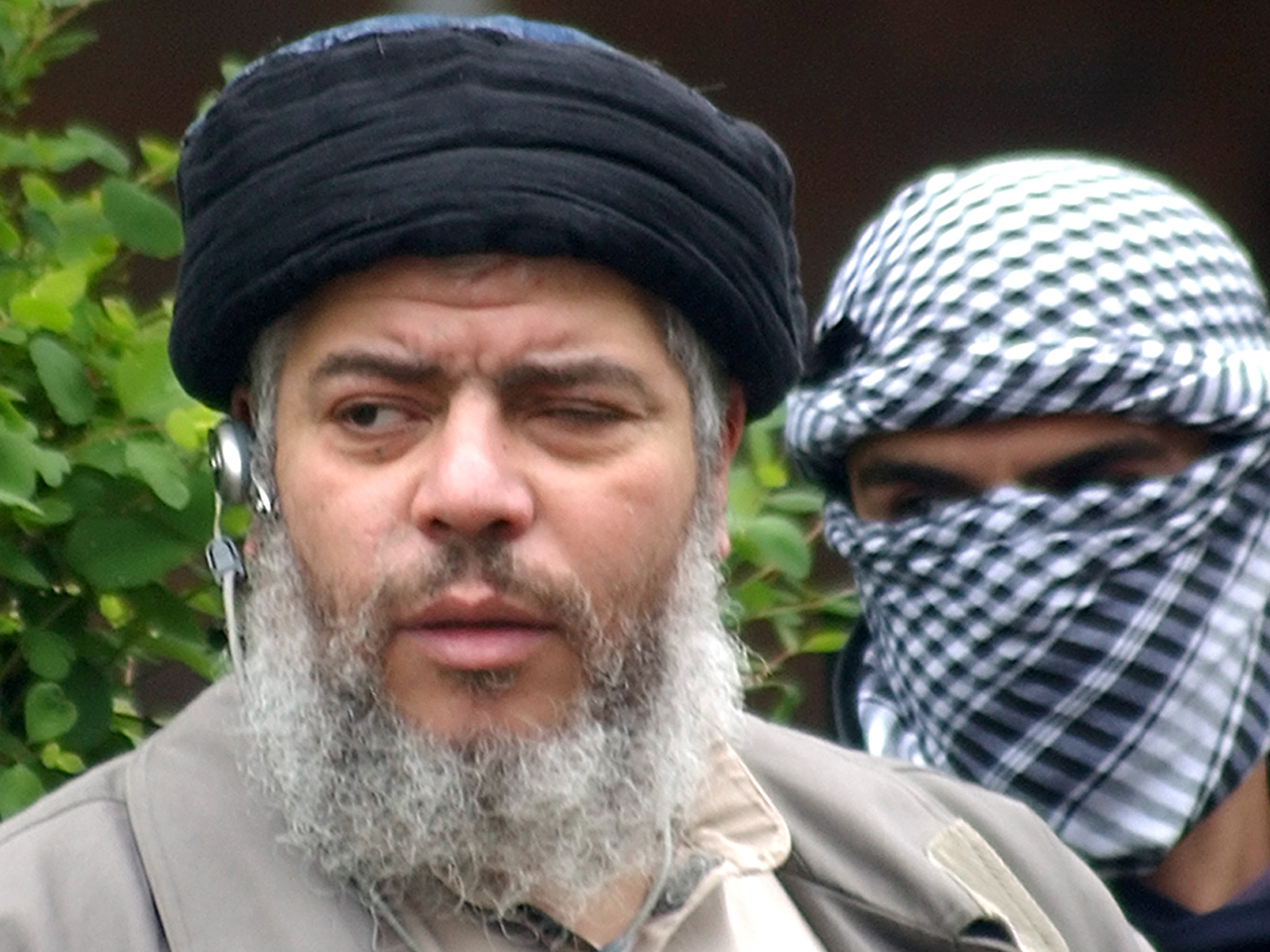 (AP) LONDON — A European court ruled Monday that radical Muslim cleric Abu Hamza al-Masri can be extradited to the United States to face terrorism charges, including allegedly trying to set up an al Qaeda training camp in rural Oregon

The decision ends a long-running legal battle and means that al-Masri, considered one of Britain's most notorious extremists, could be deported within weeks along with four other terrorism suspects in Britain.

Authorities in the U.S. have for years asked for Al-Masri and the others to be handed over, but the process had been delayed because the men raised human rights objections.

The men had argued before the European Court of Human Rights that they could face prison conditions and jail terms in the U.S. that would expose them to "torture or inhuman or degrading treatment or punishment" in breach of the European human rights code.

In April, the Strasbourg, France-based court rejected those claims. Al-Masri and the four others lodged an appeal to the court's highest judges, but on Monday the court said it refused to hear it. "Today the Grand Chamber Panel decided to reject the request," the court said in a brief statement. It did not give a reason for refusing the appeal.

Britain's Home Office and the U.S. Department of Justice welcomed the decision.

"We will work to ensure that the individuals are handed over to the U.S. authorities as quickly as possible," said the Home Office.

The suspects, who are accused of crimes such as raising funds for terrorists, could face life sentences in a maximum-security prison.

Al-Masri was arrested in Britain in 2004 at the request of U.S. authorities, who have called him "a terrorist facilitator with a global reach."

They accuse him of assisting the taking of 16 hostages — including two American tourists — in Yemen in 1998 and of conspiring to set up a terrorist training camp in Bly, Oregon, between 2000 and 2001.

He also is accused of conspiring with a U.S. citizen to facilitate a jihad — or holy war — in Afghanistan and providing material support to al Qaeda and the Taliban.

The cleric, who is blind in one eye and wears a hook for a hand, lost several British court cases in his fight against extradition before taking the case to the European court in 2008.

Known for his fiery anti-Western and anti-Semitic outbursts, he claims he has lost his Egyptian nationality, but Britain considers him an Egyptian citizen. He is currently serving a seven-year prison term in Britain for separate charges of inciting hatred.

The other four suspects due to be extradited to the U.S. are Babar Ahmad, Syed Tahla Ahsan, Khaled al-Fawwaz and Adel Abdul Bary.

Ahmad and Ahsan are charged in U.S. federal court in Connecticut with running a terrorist website in London, providing material support to terrorists, conspiring to kill U.S. nationals, and money laundering. Supporters of Ahmad, who was arrested in 2004 and has been held in a British jail since then without charge, are trying to help him get a trial in Britain because his alleged offense happened in London.

Al-Fawwaz and Bary, accused of being key aides to Osama bin Laden in London, are wanted in a New York federal court for the 1998 bombings of two U.S. embassies in Kenya and Tanzania that killed 224 people. Al-Fawwaz faces many counts of murder.

The human rights court said that it has not decided on the case of a sixth suspect, Haroon Rashid Aswat, who was accused of being Al-Masri's co-conspirator in attempting to set up the camp in Oregon. The court said it needed to consider more information about his case.

In Washington, Dean Boyd, spokesman for the National Security Division of the U.S. justice department, said: "We are pleased that the litigation before the European Court of Human Rights in these cases has come to an end, and we will be working with the U.K. authorities on the arrangements to bring these subjects to the United States for prosecution."