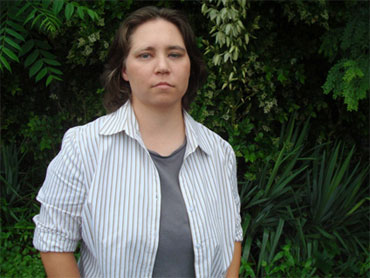 In an interview with the BBC, England defends herself and fellow soldiers who posed Iraqi prisoners in degrading positions for photographs in 2004.

"Compared to what they do to us, that's like nothing," England says in the BBC video, referring to instances where Americans were decapitated, burned, dragged through the streets or hung from a bridge by insurgents. She likens the physical degradation that appears in the Abu Ghraib photos to the kinds of hazing that go on in American colleges and boot camps. 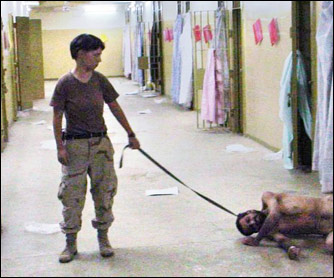 (AP/Washington Post)
"Similar humiliation tactics and physical exertion, you know, everybody goes through that stuff in boot camp in the military," she says.

England, whose biography was published in May, has popped up in the media several times in recent months. In June, she admitted to the Associated Press that she made some bad decisions, but says she was only following orders.

In April, the government released Bush administration documents sanctioning "enhanced interrogation techniques," causing some to sympathize with England's claim. But Christopher Graveline, who prosecuted England, says the Iraqis in the Abu Ghraib photos were common criminals, not terrorists.

"The idea that she and her colleagues were working somehow for military intelligence is not supported by fact," he says.

Today, England spends most of her days in seclusion, rarely leaving her West Virginia house except for short trips to the grocery store. She suffers from Post Traumatic Stress Disorder, depression and anxiety and worries most about being a good mother to her 4-year-old son Carter, whose father, Charles Graner, took the Abu Ghraib photos.