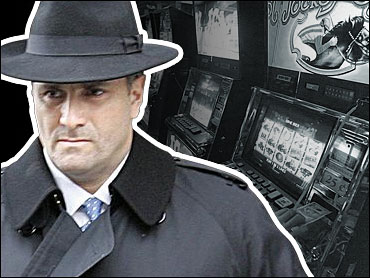 Jack Abramoff says in newly disclosed e-mail messages that he met President Bush "almost a dozen" times, challenging Mr. Bush's contention that he barely knew the disgraced lobbyist at the center of a Washington corruption scandal.

"The guy saw me in almost a dozen settings, and joked with me about a bunch of things, including details of my kids. Perhaps he has forgotten everything, who knows," Abramoff wrote in an e-mail to Kim Eisler, national editor of the Washingtonian magazine.

Abramoff added that Mr. Bush "has one of the best memories of any politician I have ever met … though of course he can't recall that he has a great memory!"

Portions of the e-mails were made public Thursday by a liberal Web site, thinkprogress.org.

The New York Times reports Eisler acknowledged sharing the e-mails with a writer for the site, but didn't realize they would be made public.

"I considered them confidential e-mails, and it was a slip on my part to release a portion of them," Eisler said.

Abramoff has pleaded guilty in a fraud and bribery case and is now helping prosecutors investigate lawmakers, congressional aides and administration officials his team used to lobby.

He said he did not attend because he does not travel on the Jewish Sabbath.

Mr. Bush has said he doesn't recall ever meeting Abramoff, though the White House acknowledges that Abramoff attended "a few staff-level meetings" at the White House and Hanukkah receptions in 2001 and 2002.

Last month, the Washingtonian and Time magazines reported the existence of about a half-dozen photos showing the two together at various White House functions.

Asked about the e-mail messages Thursday, White House press secretary Scott McClellan said, "I think what the president says still stands: Mr. Abramoff is someone who was involved in wrongdoing, he has acknowledged that himself."

Also Friday, an Associated Press report showed that the Democrat who's been leading the attacks portraying Abramoff's activities as a Republican scandal had extensive contacts of his own with the lobbyist.

The activities are detailed in billing records and correspondence obtained by The Associated Press. They occurred over three years as Reid collected nearly $68,000 in donations from Abramoff's firm, partners and clients.

Reid's office acknowledged having "routine contacts" with Abramoff's lobbying partners and intervening on some matters, but said none of his actions were affected by donations.