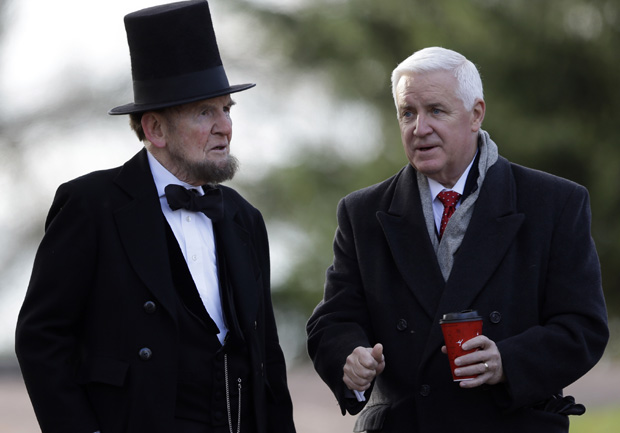 GETTYSBURG, Pa. -- An Abraham Lincoln impersonator whose voice stood for the 16th president's at the Lincoln Memorial and Gettysburg ceremonies has died.

James Getty portrayed the former president for nearly four decades. He lent his voice to recordings of his speeches at the Lincoln Memorial and other exhibits. And each November, he gave rousing recitations of the Gettysburg Address at the battlefield cemetery.

He had been in declining health for several months and hadn't performed as Lincoln since April. A funeral home confirmed his death.

"Jim Getty was a true ambassador for Gettysburg, and he will truly be missed by the staff and board of directors of Destination Gettysburg, the tourism community of Adams County, Pa., and the thousands of visitors whose lives he touched with his remarkable presentation of Abraham Lincoln," Destination Gettysburg said in a statement CBS affiliate WHP reported.

Destination Gettysburg said they had a close working relationship involving tourism and media and photo opportunities.

The Illinois native served in the Navy as a radioman in the Korean War.

He sang with the St. Louis Municipal Opera's chorus, directed church choirs, taught school and managed a theme park before becoming Lincoln in 1977.