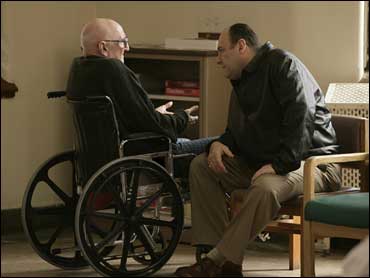 An estimated 11.9 million people watched Sunday's finale of HBO's "The Sopranos" - and every one of them seemed to have an opinion about the series' open-ended conclusion.

Viewers had generally cooled to "The Sopranos" this season; its average viewership of 8.2 million was the lowest since the second season in 2000. But fans turned out at the end to watch the ambiguous final diner scene that left everyone talking.

Nielsen's Sunday rating doesn't reflect how many people will catch that final episode during any of the other six times HBO is showing it this week, or purchase it on demand.

"The Sopranos" was on the air for six seasons; the episodes shown this spring were considered an addendum to the sixth season. There were no new episodes in 2003 and 2005.
View CBS News In
CBS News App Open
Chrome Safari Continue
Be the first to know
Get browser notifications for breaking news, live events, and exclusive reporting.