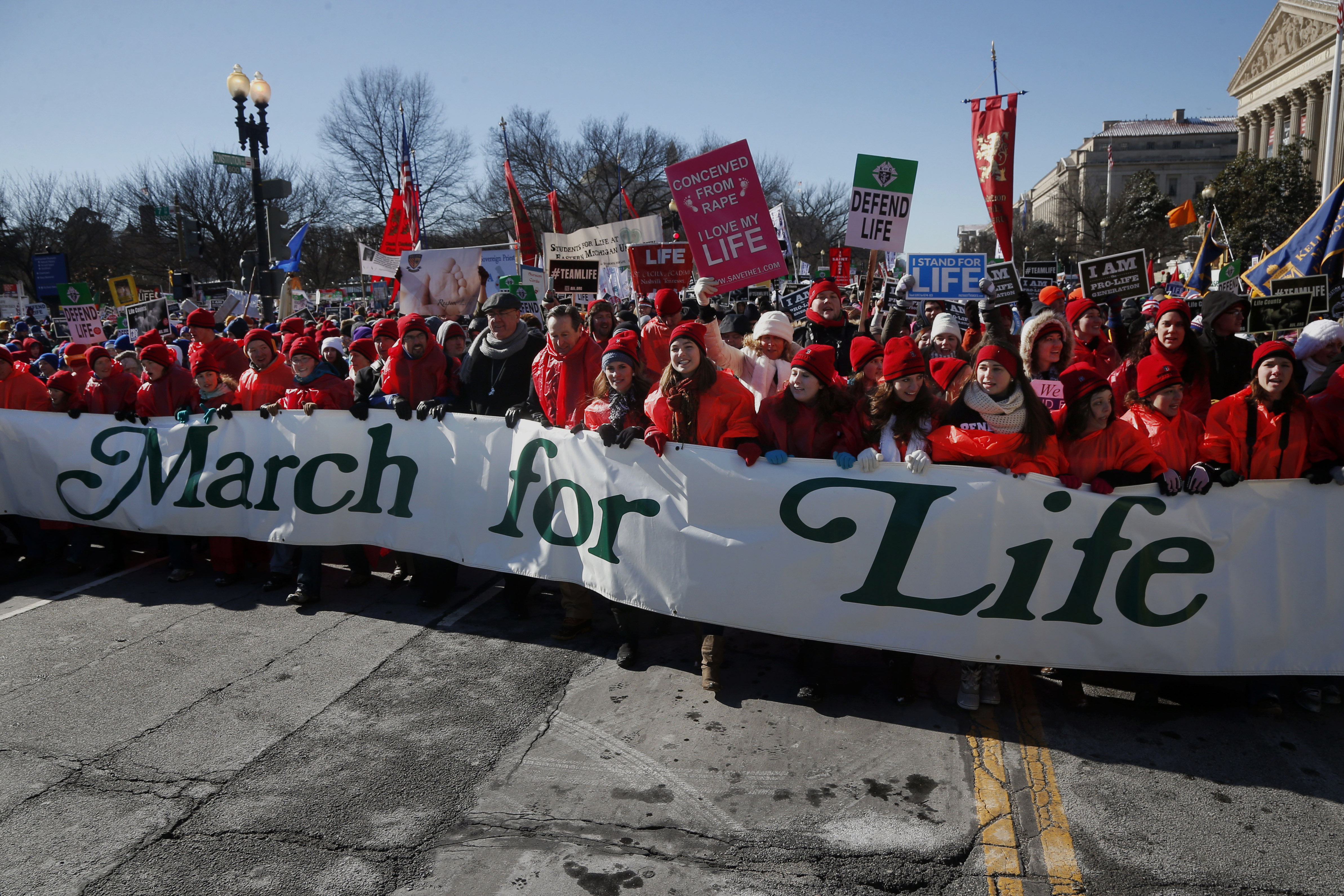 Thousands of abortion opponents marched in Washington Wednesday and, with the help of a coordinated digital effort, many others participated online and through social media.

The digital push signaled a tactical shift by organizers of the annual “March for Life” rally, and highlighted the swelling role of social media in the abortion debate, 41 years after Roe v. Wade. (Even the pope tweeted in.)

“The power of social media is that it’s a huge influencer, especially for young people,” said Bethany Goodman, assistant director at The March for Life Education and Defense Fund, which organizes the event.

Goodman played lead role in giving the protest some digital upgrades, which this year included a mobile app, 360-degree livestream, and a campaign to channel the day’s barrage of social media posts into a nationally trending hashtag: #WhyWeMarch.

“It’s almost like a loudspeaker for the physical march,” Goodman said of the social media push.

“You saw signs in the air and you saw cell phones in the air,” said Alex Smith, national chairman for College Republican National Committee, who attended the march.

“And both are sending a message.”

College Republicans, along with other conservative organizations, Smith said, have been increasingly exploring new methods to reach the younger generation “in their space.”

“The technologies are always going to change,” said Smith. “We have to be mindful of not just what worked this year, but what’s going to work next year.”

On the other side of the debate, pro-abortion rights groups have also been turning to new media to spread their message and increase their audience.

“The digital sphere is one of the many different places where this fight is taking place,” said Thao Nguyen, the director of outreach for National Women’s Law Center. “Our organizations have been harnessing social media and have been for a long time.”

Last year, Nguyen noted, her organization ran a campaign called “Not in her shoes,” in which they asked women to send in photos of their shoes with a note: “Why can’t others walk in your shoes? Why do you support keeping abortion safe and legal?”

The photos were then posted on Tumblr.

For the March for Life organizers, digital engagement also offers the chance to circumvent traditional media anti-abortion activists have long accused of ignoring the large annual event. The event was streamed live online, and viewers could pan 360 degrees, offering, Goodman said, “an accurate impression of the crowd that was there.”

The digital strategy also helped the event reach those the snow and frigid temperatures had kept away.

“I wasn’t wearing gloves,” said Smith. “It helped with the tweeting but not so much with staying warm.”

While the goal of these strategies is to reach the tech-savvy younger generation, groups in the fight realize that their audience as a whole is gravitating to the social sphere.

“Most grandpas and grandmas are on Facebook,” said Carol Tobias, the president of National Right to Life.

“That’s how they’re seeing pictures of their grandchildren.”

Despite the visible benefits of online social engagement, there are potential downsides, said Kerric Harvey, the associate director of George Washington University’s Center for Innovative Media.

“Social media are really great for pulling in people who might not otherwise be engaged in that national discourse,” Harvey said.  “But what they’re not good at is giving them sufficient context for the issues that constitute that discussion.”

With the app released for Wednesday’s march, the event’s organizers hope to convert the day’s participation into year-round commitment. Along with a map of the march route and travel information, the event’s app also includes informational tools (“Pro Life 101”) and a section devoted to helping marchers take the fight back to their communities.

Activists on both sides say because of the rapidly changing technology, it’s tough to tell what the fight will look like going forward, and what mediums it will play out on.

“I think I even got a Snapchat from a friend who was at the march,” said Goodman. “Who knows what will be available next year?”