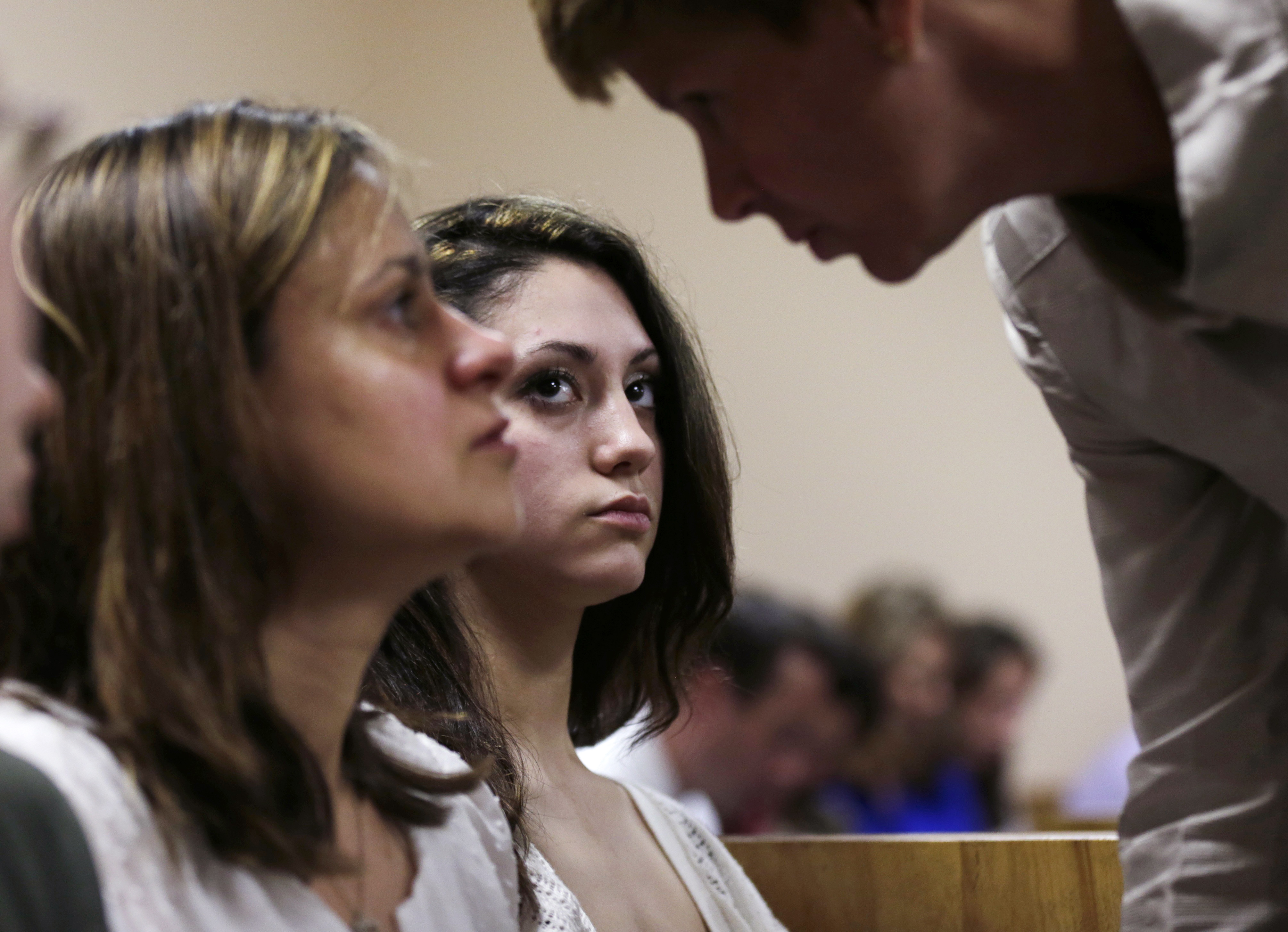 CONCORD, N.H. - A New Hampshire teen who was kidnapped in October 2013 waited until a week after she was home to reveal her alleged captor's identity, according to court papers released Wednesday.

The documents also said Abigail Hernandez told investigators she learned her captor's name from a cookbook he had handed her during her captivity.

The information was released by a judge Wednesday in response to a motion filed by The Associated Press to unseal the arrest warrant affidavit against Nathaniel Kibby.

Kibby was charged in July with kidnapping the then-14-year-old on Oct. 9, 2013, as she walked home from her high school in Conway. She returned home the night of July 20, but investigators have not revealed the details of her kidnapping and return.

The paperwork released Wednesday was heavily redacted, with about half the text in the five-page document whited out. The newly released material sheds no light on how Abby vanished or how she returned home. Nor does it address any trauma she may have suffered.

Lawyers hired by Abby's family said in August she suffered "numerous acts of unspeakable violence" during her months of captivity. The lawyers' statement was largely a plea for privacy and did not elaborate on what she endured.

The court papers revealed that in the week after Abby's return, she made a sketch of the man she said held her captive. Sometime during that week, the teen's mother, Zenya Hernanadez, told investigators that her daughter "had confided in her, telling her that she did not provide law enforcement with all the necessary information and furthermore, knew who her captor was." On July 27, Zenya Hernandez gave a detective Kibby's name.

After Kibby's arrest, investigators spent considerable time searching a large storage container behind his Gorham trailer. They have refused to comment on whether they believe Abby was held captive there during her nine-month disappearance.

The excerpts indicate prosecutors believe she spent at least part of her disappearance inside Kibby's trailer.

She told prosecutors she remembers seeing a framed copy of the Declaration of Independence on Kibby's wall. According to the excerpts, a state trooper who'd made several trips to Kibby's home before Abby's disappearance recalled a framed government document inside the residence.

Throughout the portions of the affidavit released Wednesday, investigators use the term "captor" in reference to Kibby and "captive" to describe Abby's circumstance.

Abby and her mother attended Kibby's arraignment in July but have not commented on the case. Zenya Hernanadez had told investigators she doesn't believe her daughter made it home the day she vanished because her dogs had not been let out and nothing seemed to be moved.

The excerpts say a dog tracked Abby's scent from the high school to her front door, but it is not clear whether her scent was fresh or may have lingered from previous trips.

The AP filed its motion to unseal on Oct. 2. Kibby's lawyers did not object but prosecutors did, saying the information would impede the ongoing investigation and could "taint the testimony" of witnesses who have yet to be interviewed.

Judge Pamela Albee met with prosecutors and defense attorney Jesse Friedman behind closed doors Nov. 7 but did not hold a public hearing on the motion to unseal.

Kibby is charged with kidnapping but has yet to be indicted or have a hearing on the evidence against him. Several probable cause hearings have been postponed with the consent of his lawyers. He is being held on a $1 million cash bond.