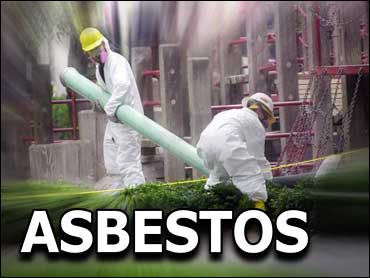 There is evidence that asbestos can cause cancer of the larynx, the Institute of Medicine reported Tuesday.

Asbestos has long been associated with lung cancer and mesothelioma, a rare cancer of the lining of the chest and abdomen.

The Senate asked the institute, an arm of the National Academy of Sciences, to look into the possibility that other forms of cancer could also be related to the fibrous mineral once widely used for insulation.

The panel concluded there is sufficient evidence to connect asbestos and laryngeal cancer. It found nine studies that supported the connection. It also noted that certain cancers of the larynx - the portion of the throat containing the vocal cords - and of the lung are similar.

The disruption in air flow caused by the vocal cords could add to the chance that asbestos fibers are deposited in the larynx, the report noted.

The analysis concluded that the evidence is suggestive but not conclusive connecting asbestos with colorectal and stomach cancer and cancer of the upper throat. It said there is insufficient evidence to connect asbestos to cancer of the esophagus.