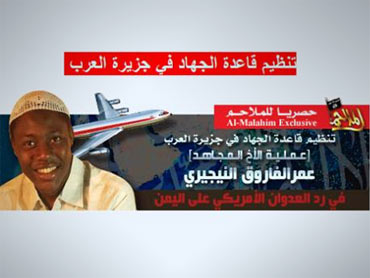 Yemen's government said Monday that the Nigerian accused in the Christmas day attack on a U.S. airliner visited Yemen this year, and that authorities were investigating his activities during his stay.

In a statement, the Yemeni Foreign Ministry says Umar Farouk Abdulmutallab was in Yemen from early August until early December after receiving a visa to study Arabic in a school in San'a.

Monday's statement said Abdulmutallab had previously studied at the school, indicating it was not his first trip to Yemen.

It said he was granted a Yemeni visa after authorities were reassured that he had "several visas from a number of friendly countries," the statement said. It noted that Abdulmutallab had a valid visa to the United States, which he had visited in the past.

"Authorities are currently investigating who he was in contact with in Yemen and the results of the investigation will be delivered to those concerned with investigating the terror plot in the United States," the ministry said.

Earlier Monday, al Qaeda in the Arabian Peninsula claimed responsibility for the attack and said it was retaliation for a U.S. operation against the group in Yemen.