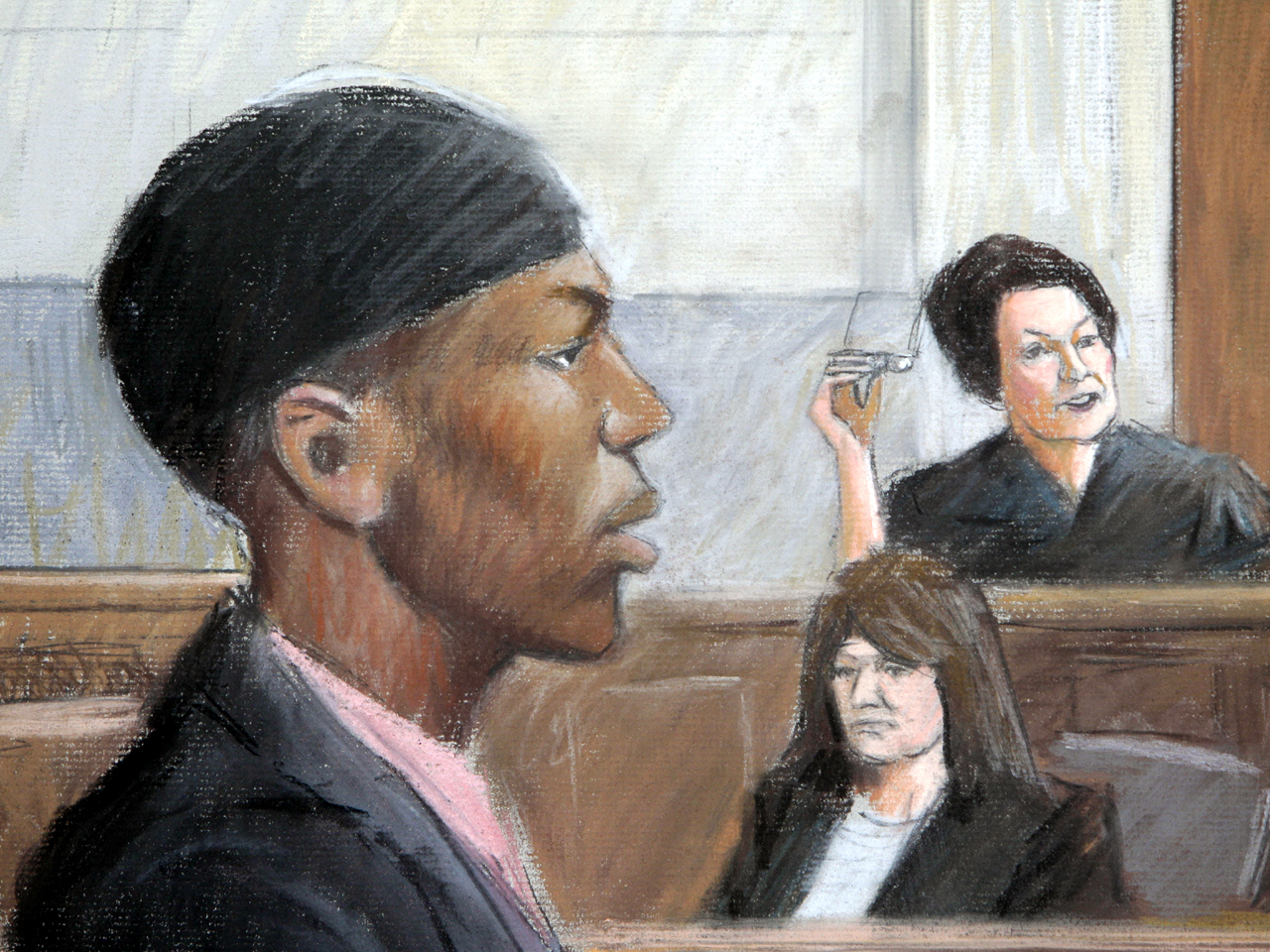 DETROIT - The federal judge refused Tuesday to prevent prosecutors from using the word "bomb" as the trial of a Nigerian man charged with trying to destroy a Detroit-bound airliner on behalf of al Qaeda got under way.

Umar Farouk Abdulmutallab entered federal court wearing an African gown and black skull cap. He was silent as he settled next to defense attorney Anthony Chambers.

Chambers asked the judge to ban the word "bomb" or "explosive" until final arguments. Abdulmutallab, 24, is charged with trying to detonate a bomb in his underwear aboard Northwest Airlines Flight 253 on Christmas 2009.

Chambers said it's up to the jury to decide what caused the smoke and fire.

She also told Detroit-area attorney Kurt Haskell to leave the courtroom before opening statements were to begin because he could be called as a defense witness. He was a passenger on Flight 253 and believes the U.S. government conspired with Abdulmutallab to outfit him with a fake bomb.

Abdulmutallab is acting as his own lawyer. But in practice, he is relying on Chambers to handle the minute-by-minute work in the courtroom.

Chambers will grill most of the government's witnesses and recently persuaded Abdulmutallab to let him give Tuesday's opening statement. The result is likely to be a more focused defense and not a wild justification for trying to bring down the Amsterdam-to-Detroit flight.

Abdulmutallab has written a few court filings in his own hand, including a request to be judged by Islamic law. He has at times appeared agitated in court, declaring that Osama bin Laden and a radical Muslim cleric recently killed by the U.S. are alive. He also has objected to trial testimony from experts who will talk about al Qaeda and martyrdom.

Chambers will be "more traditional in holding the government's feet to the fire and making them prove the case," said Lloyd Meyer, a Chicago lawyer and former federal prosecutor.

Chambers told The Associated Press that he and Abdulmutallab will "challenge everything" offered by federal prosecutors, including the chemical mix that caused smoke and fire but didn't explode inside the cabin of Flight 253.

The evidence is stacked high. Abdulmutallab, 24, was badly burned in a plane full of witnesses. The government says he told FBI agents he was working for al Qaida and directed by Anwar al-Alwaki, a radical, American-born Muslim cleric recently killed by the U.S. in Yemen. There are photos of his scorched shorts as well as video of Abdulmutallab explaining his suicide mission before departing for the U.S.

Chambers, 50, came to the case a year ago after Abdulmutallab fired a four-member team from the Detroit Federal Defender Office and said he would represent himself. It's common for a federal judge to appoint a lawyer as "standby counsel" to assist someone who chooses to go alone.

But the judge has allowed Chambers, an attorney for 26 years, to do more than stand by. He filed detailed challenges to the government's use of Abdulmutallab's incriminating statements made from a hospital bed and without Miranda warnings. He thoroughly cross-examined a pharmacologist who testified during a pretrial hearing about the effects of a painkiller given to Abdulmutallab for his burns before the FBI interview.

"The goal of the court is to get the best representation so no one down the road can claim (Abdulmutallab) was railroaded or forced to assume a responsibility he could not handle," explained David Steingold, a longtime Detroit defense attorney.