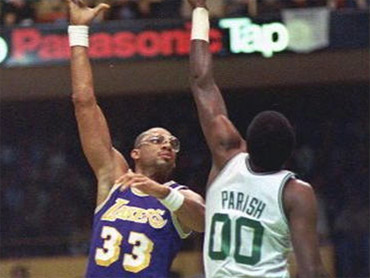 Kareem Abdul-Jabbar, the NBA's all-time leading scorer who has said on many occasions he wants to coach, got his wish Friday when he was hired as an assistant by the lowly Los Angeles Clippers.

The coaching job will be the second for the 52-year-old Pro Basketball Hall of Famer. The first was last year, when he was paid $1 for working as an assistant with an Apache high school basketball team in Arizona.

A book he wrote on the five-month experience, "A Season On The Reservation," was released earlier this month.

"I'm thrilled to be chosen for this position with the Clippers organization," Abdul-Jabbar said in a statement. "I look forward to helping the Clippers team and the entire organization improve."

A six-time NBA Most Valuable Player, he played on six championship teams the first with Milwaukee in 1971, and the final five with the Lakers in the 1980s. The Bucks traded him to the Lakers on June 16, 1975.

Abdul-Jabbar, signed through June 30 with the Clippers, joins another former NBA great Dennis Johnson as an assistant with the team. Johnson and Abdul-Jabbar were on opposite sides in several big games while Johnson played for the Seattle SuperSonics and Boston Celtics in his career.

Johnson was hired Feb. 4 a day after Chris Ford was fired and Jim Todd was promoted from assistant to head coach.

Entering their game in Charlotte on Friday night, the Clippers (11-40) had lost eight straight games and 18 of their last 19. Abdul-Jabbar will be on the bench Saturday night when the Clippers face the Bulls in Chicago.

"We are pleased to have Kareem join our staff," said Elgin Baylor, the Clippers' vice president of basketball operations. "I think that he will be a tremendous asset, given his experience and knowledge of the game."

"Our players especially our big people can't help but benefit greatly by sharing in that experience and knowledge."

The 7-foot-2 Abdul-Jabbar, who led UCLA to three NCAA championships and an 88-2 overall record in the late 1960s, was a member of the NBA's All-Defensive first team five times.

Young Clippers centers Michael Olowokandi and Keith Closs figure to be the players affected the most by his hiring. The 7-0 Olowokandi is 24; the 7-3 Closs is 23.

"I am ecstatic that the organization has moved to support what we are trying to accomplish in developing our young players," Todd said. "I don't feel that there can be anybody more qualified to work with our big men."

"In pretty short order, we've been able to surround ourselves with a couple of guys who represented a lot of championships."