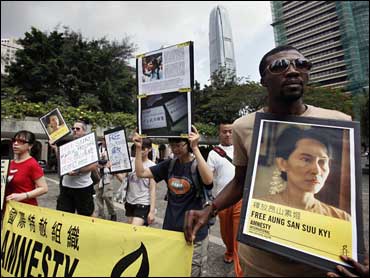 In his first public comments on ABC's effort to replace his program with David Letterman, "Nightline" host Ted Koppel said he hopes to stay with the network but criticized an ABC executive for questioning the show's relevance.

"'Nightline' ... ought to have a place in television's expanding universe, and I am confident that it will. I continue to hope that will be at ABC, but that decision is beyond our control," Koppel wrote in a New York Times Op-Ed piece published Tuesday.

Badly hurt by the almost complete failure of its prime-time entertainment schedule this year, ABC is looking to make money any way it can, and some think an entertainment show appealing to young people would help.

In his Times piece, Koppel called it "perfectly understandable that Disney would jump at the opportunity to increase earnings by replacing 'Nightline' with the more profitable David Letterman show.

"For many years now I, along with my employers, have benefited hugely from 'Nightline's commercial success," he wrote. "I understand the nature of the bargain that I made."

But, he added, "I have to confess to a slightly perverse satisfaction at the outpouring of warmth and generous support that my 'Nightline' colleagues and I have received" since word of the possible switch became public.

Koppel didn't hear from an ABC executive about the talks with Letterman until late Friday afternoon, when he took a call from Disney president Robert Iger, said an executive who spoke on condition of anonymity.

In a meeting with his staff Friday, Koppel angrily dismissed characterizations of his show as losing relevance, the executive said. And in the New York Times piece Tuesday, Koppel criticized an unnamed ABC executive who, he said, was quoted in an earlier Times article questioning how relevant the show is.

With terrorism fears at home and U.S. troops in action abroad, "the regular and thoughtful analysis of national and foreign policy is more essential than ever," Koppel wrote. He said at times like these "it is, at best, inappropriate and, at worst, malicious to describe what my colleagues and I are doing as lacking relevance."

Letterman has been the longtime No. 2 in the ratings behind NBC's Jay Leno in the late-night comic wars. He's long been unhappy that CBS' older prime-time audience and the weak local news programs on CBS affiliates don't provide him with a stronger lead-in.

Letterman, mulling the switch to ABC when his contract with CBS expires this summer, was on an island vacation Monday and unavailable for comment.

"Nightline" began as a regular show in 1980, an outgrowth of the Iranian hostage crisis. Koppel was the original host.

Its ratings have been sinking the past few years, as they have for most network shows, but it still regularly outdraws Letterman's "Late Show." ABC executives are concerned that "Nightline" doesn't reach the young audience most sought by advertisers, and that the show appears less special in an era of cable news saturation.

Instead of coming to the defense of "Nightline" when news of their discussions with Letterman leaked last week, top ABC executives said they were considering scrapping it in favor of an entertainment program even if Letterman stayed put. The shows air in the same time slot.