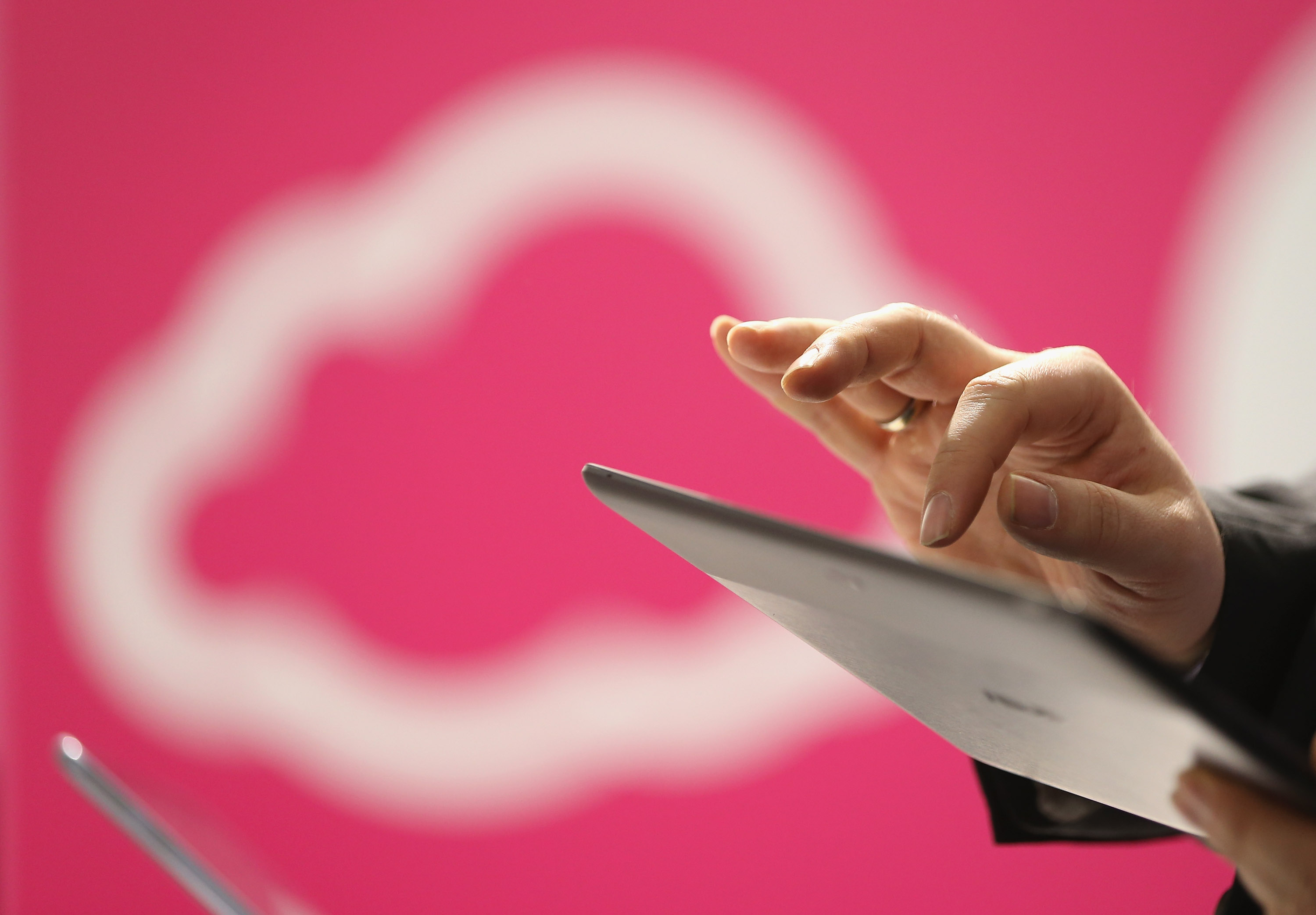 Back in 1982, Motion Picture Association of America President Jack Valenti employed some dramatic rhetoric to convince Congress that home VCR recordings ran afoul of the 1976 Copyright Act and posed a dire threat to his industry: "I say to you that the VCR is to the American film producer and the American public as the Boston strangler is to the woman home alone," he told a congressional panel.

Three decades later, the court is once again considering whether a new technology -- one that relies on cloud computing to store programming -- violates the Copyright Act. And as in decades past, there are parties on both sides warning of the huge economic consequences that could come from the court's ruling.

On Tuesday, the court considers those arguments in ABC, Inc. v. Aereo, Inc.

Since 2012, the startup company Aereo has given consumers a new way to watch or record over-the-air broadcast television. Typically, a consumer must have an antenna to pick up broadcast signals or a subscription to cable or satellite services. Aereo, by contrast, assigns its users an individual, remote antenna to pick up a signal so they can watch a program over the Internet -- or record a program to their remote DVR storage space and watch it later.

Broadcast companies, including CBS, have balked at this technology, arguing that Aereo's service is more akin to a cable subscription than it is to a DVR service. "Aereo isn't just in the business of providing hardware. They're selling a service," Neal Katyal, former U.S. Solicitor General and an adviser to major broadcasters in this case, told CBS News Radio.

By that logic, Aereo should have to pay the same fees that cable companies do to retransmit network shows. Cable and satellite companies must pay retransmission fees because under the Copyright Act, only the owner of copyrighted content has the right to air a "public performance" of the content in question.

Aereo, meanwhile, argues that it isn't airing "public performances." By assigning each subscriber a personal antenna each time he or she logs on, the company says it is enabling many private performances. The company is relying on the precedent set in the 2008 Cablevision case, in which a federal appeals court said that remote DVR storage systems don't infringe on copyright protections.

Supreme Court Justice John Roberts on Tuesday suggested that Aereo's technology was designed specifically to avoid retransmission fees. "If your model is correct, can't you just put your antenna up and then do it?" he asked Aereo's attorney. "I mean, there's no technological reason for you to have 10,000 dimesized antenna, other than to get around the copyright laws."

By skirting retransmission fees, Aereo threatens to disrupt the way broadcast companies do business. The vast majority of TV consumers now get their programming from cable, satellite or fiber, making retransmission fees increasingly valuable. Citing research valuing those fees at $3.3 billion in 2013, PricewaterhouseCoopers concluded earlier this year that "gaining increasingly greater shares of the retransmission pie will be critical for TV Broadcast profitability going forward."

Aereo's business model could encourage cable companies to follow their lead, or at least give the cable companies more leverage in negotiations with content creators. Should that happen, broadcast executives have threatened to change their strategies completely. CBS CEO Leslie Moonves has said the company could compete directly with Aereo by streaming its own content online. Last year, Fox executive Chase Carey warned his network would pull shows like "The Simpsons" and "Glee" off the public airwaves all together and move its content to cable.

If broadcast companies move their content to cable or the Internet, network affiliates could take the biggest hit -- they'd no longer have popular broadcast content to bookend local newscasts.

"It's going to make it harder for a number of local affiliates to attract an audience," David Oxenford, an attorney at Wilkinson Barker Knauer who represents network companies, told CBS News. "It's important these local affiliates be supported, be able to deliver a quality product to their audiences because they're the ones delivering local news, local information, local emergency information... Changing the broadcast model, radically taking network programming and putting it on a paid TV model, I think would hurt the public interest overall."

Aereo's defenders, like the public interest group Public Knowledge, say the broadcasters are overstating Aereo's impact on the industry.

"I think in a lot of ways what the broadcasters are doing is bluster," Public Knowledge's senior staff attorney John Bergmayer told CBS News. He argued that cable companies would have a hard time replicating Aereo's business model, since they need access to cable networks and broadcast networks often in the same corporate family, such as ABC and ESPN.

"It could sort of give them another negotiating chit... but I don't see it really profoundly changing the structure of the broadcast industry one way or another," Bergmayer said.

"It's actually a really good thing [for networks] that new technology is allowing new consumers to come into the fold," Kanojia told CBS News Radio. "A technology that allows consumers to have a remote antenna that allows them to have perfect reception increases the chances that more people will consume their content."

Aereo is currently only available in 13 cities, but Kanojia said the company hopes to have a presence in about 50 cities in the next year or show. However, if the Supreme Court sides with the broadcasters, "Then I think yeah, we're done," he told CBS. "I think we'd fold up"

At the same time, many are arguing that a loss for Aereo could impact any number of businesses that rely on cloud computing -- services like Google Drive or DropBox that allow users to store their data on remote servers and access it on the Internet.

"The problem in this case is that the broadcasters are making some arguments that, first, cast doubt on some of the legal precedents that cloud services rely on," such as the Cablevision case, David Sohn, general counsel for Center for Democracy and Technology (CDT), explained to CBS News. "And second, they make arguments that suggest when individual users use some technological system to stream themselves copies of copyrighted content -- even if it's their own copies -- that that can violate copyright. Whatever you think about that in the context of Aereo itself, you have to wonder -- isn't that similar to what a lot of cloud computer services do? They let users store their own copies of material and let users ... access it on an on-demand basis."

CDT filed a brief with the Supreme Court, urging them to consider the impact court rulings can have on the cloud computing industry. For instance, after the Cablevision ruling, the average quarterly investment in cloud computing in the United States increased by approximately 41 percent, according to a 2011 Harvard Business School study.

"Adopting such an overly broad approach to the public performance right would call into question a variety of established and mainstream services," the CDT brief says. "It could impair technological progress by establishing an irrational legal preference for local technologies over networked ones. And it could threaten the great promise of cloud computing for individual users, businesses, and economic growth."

The Supreme Court justices on Tuesday did seem concerned about the impact their ruling could have on industries other than broadcast television. Justice Stephen Breyer told the broadcasters' attorney that Aereo's backers have "thrown up a series of serious problems not involving them, like the cloud... which make me nervous about taking your preferred route."