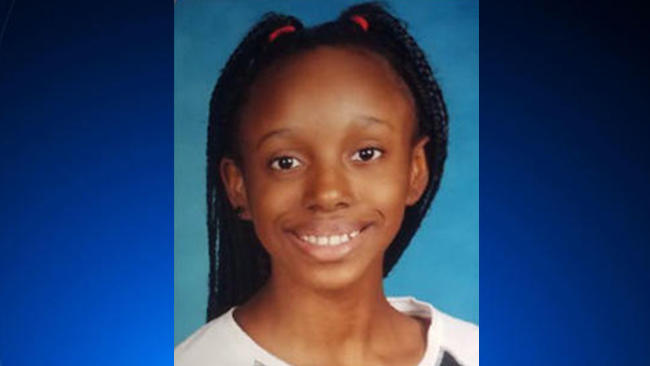 KEANSBURG, N.J. -- A teenage neighbor of an 11-year-old New Jersey girl whose body was found near her home has been arrested and charged with her murder, authorities announced Friday, CBS New York reports.

Erazo, who authorities said lived in an upstairs apartment, appeared in court Friday.

Prosecutors said Erazo stabbed Smith to death. The girl's family was in court for Erazo's appearance, and her mother confronted Erazo.

"You killed my daughter!" she said. "I hope you rot in jail. My one and only daughter. You look away from me. You need to rot in jail! Can't even look at us!"

Erazo's next court appearance will be Wednesday.

"I spoke to the loved ones of Abbiegail Smith. Her family doesn't wish to speak to anyone in the media at this point in time," Monmouth County Prosecutor Christopher Gramiccioni said. "They did ask me to convey to the public and the media that what they want out of this is justice, and it's my job and my staff's job to do the best at delivering that for them."

Gramiccioni added, "By all accounts from her family and people in that tight-knit community, she was a lovely, lovely little girl."

Abbiegail was last seen in her home at the Hancock apartments around 7:45 p.m. Wednesday and was reported missing by her mother about an hour later, investigators said. Police found her body near the apartment building Thursday morning.

"In the back area of the apartment complex behind me, where she lives," Gramiccioni said Thursday.

"We were really hopeful that we would find her," Gramiccioni said. "It's a punch in the gut for all of us in this community, especially with law enforcement."Abbiegail Smith

A memorial for Abbiegail grows on Keansburg's Main Street, where she was often seen playing and running around.

"She was a kind girl," schoolmate Shaft Page told CBS New York. "If she had something, she'd give it to you."

"I'm devastated, and I know all the parents here are," said Janelle Pierce, adding, "I'm shaken to my core."

"It's outrageous," one man said. "It's really outrageous. You would never think."

Due to the ongoing investigation, police would not speak about a motive or if the suspect knew Abbiegail, nor would they say if any sexual abuse occurred.

Prosecutors are calling the killing an isolated crime. Erazo has no prior criminal record.