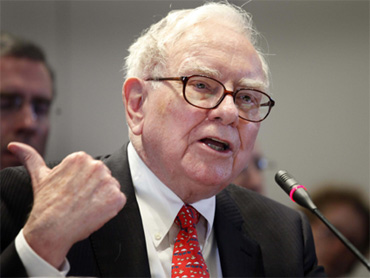 The ruling Fatah party on Monday chose former premier Mahmoud Abbas as its candidate to replace Yasser Arafat as head of the Palestinian Authority in Jan. 9 elections, a Palestinian official said.

Meanwhile, in France, Yasser Arafat's weighty medical dossier is inconclusive on the cause of the Palestinian leader's death but the blame still lies with Israel, his nephew said.

Doctors found no known poisons in Arafat's body, but "I believe the Israeli authorities are largely responsible for what happened," said Nasser al-Kidwa, who is also the Palestinian representative to the United Nations.

His accusation, at a Paris news conference Monday, two hours after French authorities gave him the files despite objections from Arafat's widow, could inflame suspicions among Palestinians that Israel was somehow to blame — if only by confining Arafat to his West Bank headquarters for the last three years of his life, as Al-Kidwa asserted.

He said he had no doubts that Arafat's still undisclosed illness was "connected to the conditions that the late president was living and suffering from ... This is a principle part of the issue."

The nephew acknowledged that he had not had time to read the 558-page file, plus X-rays, that he said would be provided to Palestinian leaders. They have promised to disclose the cause of Arafat's death and formed an inquiry committee that includes doctors who treated him before he was flown to a Paris-area military hospital where he died Nov. 11, aged 75.

His sucessor, Abbas, served as Arafat's first prime minister in 2003. However, he resigned after just four months in power, frustrated with Israeli policy and Arafat's refusal to grant him real power.

However, Abbas faces challenges from a growing list of candidates. Among the most serious figures considering a run is Marwan Barghouti, the West Bank Fatah leader serving five life terms in an Israeli prison after a conviction in Palestinian attacks that killed five people.

The Fatah Central Committee, the movement's main decision-making body, picked Abbas as its nominee at a meeting in Ramallah late Monday, said Intissar al-Wazir, a member of the body. Members said all 13 delegates present voted for Abbas.

Another Fatah body must approve the decision, but members said that was all but automatic.

Barghouti demands a primary election among Fatah members to choose the candidate. Barghouti's wife, Fadwa, said after the decision that her husband would decide at the end of the month whether to run, but efforts were starting now to gather 5,000 signatures to enter his candidacy.

Barghouti, 45, appeals to younger Palestinians raised in the West Bank and Gaza, as opposed to Abbas, who returned from exile along with Arafat in 1994 and represents the old-time Palestinian leadership.

Israel has declared that Barghouti will not be released from prison.

Among others preparing to run are a billionaire industrialist and critics of the alleged corruption in the current administration.