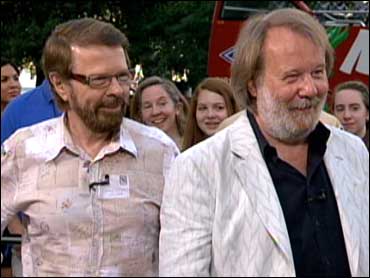 The 1970s Swedish pop group ABBA is dancing its way into the Rock and Roll Hall of Fame, along with Genesis, Jimmy Cliff, The Hollies and The Stooges.

The list of the next class of inductees was released Tuesday by the hall, which is based in Cleveland.

ABBA - whose hits included "Dancing Queen" - and the Stooges made it in this time after being nominated previously but then not making the cut.

The rock hall also has announced that an award for non-performers will go to music industry executive David Geffen, the songwriting teams of Barry Mann and Cynthia Weil and Ellie Greenwich and Jeff Barry, and individual songwriters Jesse Stone, Mort Shuman and Otis Blackwell.

The 25th annual induction ceremony is scheduled for March 15 in New York City.