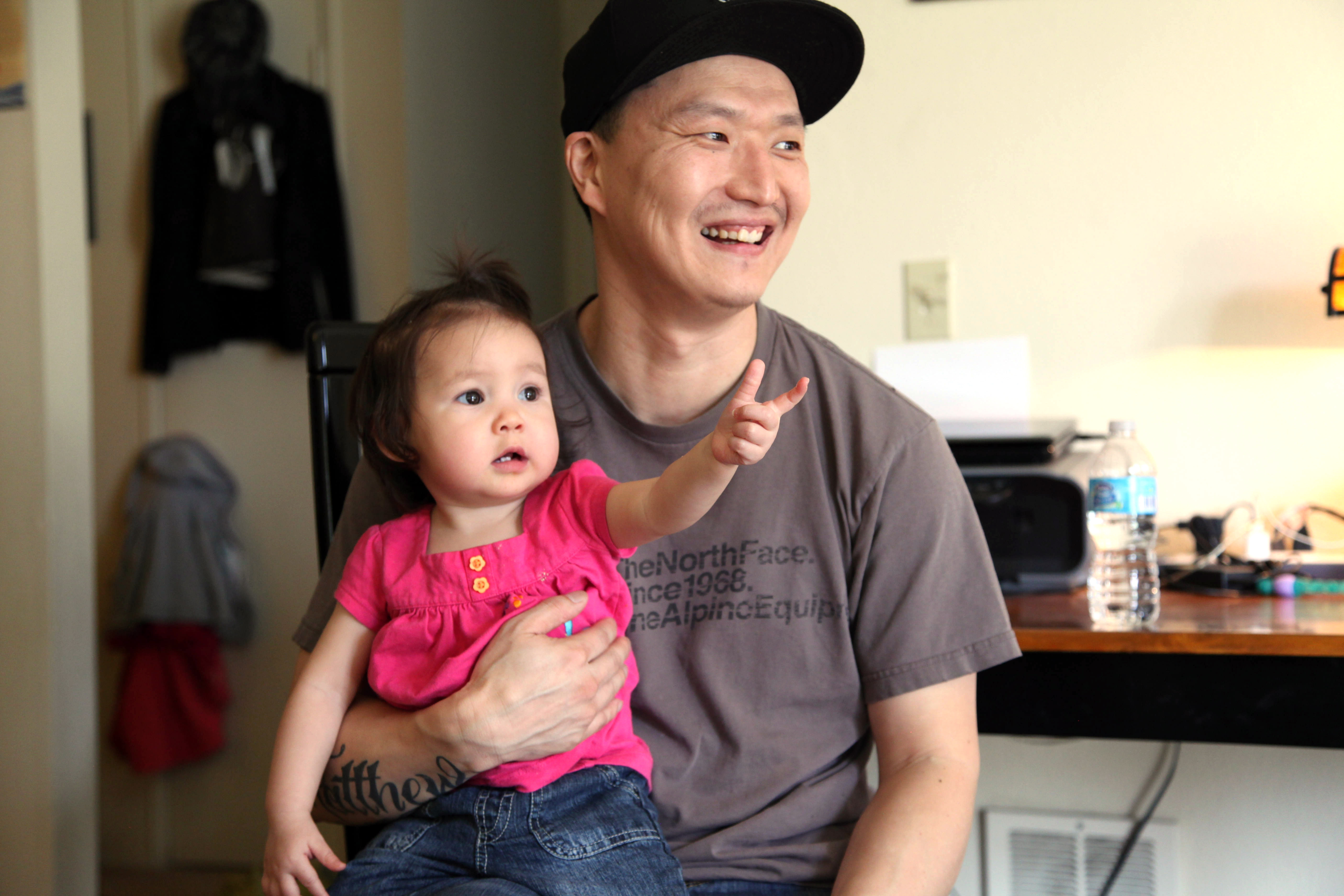 PORTLAND, Ore. -- More than three decades ago, a three-year-old South Korean boy and his sister flew to the U.S. to become the adopted children of American citizens, but their life together didn't last long.

They were abandoned, sent into foster care and separated even though he was dependent upon her.

A family adopted the girl, and got her citizenship. The boy, named Adam Crapser, wasn't as fortunate: The parents he had were abusive, and never sought the green card or citizenship for him that they should have.

Now, at 39, after a life struggling with joblessness because of his lack of immigration papers, homelessness and crime, Crapser, a married father of three, is facing deportation because he's not a citizen.

"The state abandoned him when he was a child," his attorney, Lori Walls, said. "Now the U.S. is throwing him out."

A deportation hearing is set for April 2.

Listen to an interview with Crapser here:

Federal immigration officials say they became aware of Crapser after he applied to renew his green card two years ago: his criminal convictions, ranging from burglary to assault, made him potentially deportable under immigration law.

Two U.S. senators, including Jeff Merkley, D-Oregon, are proposing a stand-alone, automatic citizenship bill for adoptees like Crapser. "It was not his responsibility to fill out that immigration paperwork," Merkley said. "He knows no other country."

The advocacy group 18MillionRising started a #KeepAdamHome petition on Crapser's behalf, which has garnered more than 13,000 signatures.

Advocates say thousands of adoptees don't know they aren't citizens until they, for example, try to get a job.

The federal government does not track the citizenship status of international adoptees or how many have faced deportation. The State Department says it is aware of adult adoptees who are in immigration removal proceedings.

Adoptees who didn't become citizens are lawful permanent residents - but they lack the documents to prove it. Their stories about deportation to countries as diverse as India, Russia or Brazil are detailed on advocacy websites.

Many of them remained stuck in legal limbo. A provision that would make citizenship automatic for all international adoptees regardless of age was added to a Senate immigration bill several years ago. But when reform stalled, the provision did, too.

Since the 1950s, American couples have adopted nearly half a million children from other countries; about 100,000 of those children came from South Korea. For years, it was the parents' responsibility to seek citizenship, but many did not.

In 2000, lawmakers made citizenship automatic for international adoptees, but the law wasn't retroactive. It excluded adoptees 18 or older at the time. Crapser wouldn't have met the criteria.

Seven years after Crapser and his sister were adopted, their parents abandoned them. The foster care system separated Crapser, 10 at the time, from his sister, whom he was dependent on, according to orphanage records.

The boy bounced through several foster and group homes. When Crapser was 12, he moved in with Thomas and Dolly Crapser, their biological son, two other adoptees and several foster children.

The next four years, Adam Crapser said, the couple choked, kicked and hit him and the other children every day, slammed them against walls, set dogs to attack them and burned them with hot objects.

"Everything I did was wrong," he said. "As far as humiliation goes, I have been there."

His father also used racial epithets to address him and forced him to forget Korea.

"He always told me I'm American, and that I need to let go of my past," Adam Crapser said.

In 1991, the couple was arrested on charges of physical child abuse, sexual abuse and rape. They denied the charges. Thomas Crapser's sentence included 90 days in jail, and his wife's three years of probation.

Because students at his high school teased him about the abuse, Adam Crapser said he dropped out of 9th grade.

He became homeless and slept in a shelter or the back of an old car while working several fast food jobs and finishing his high school equivalency diploma at night.

The Crapsers had not obtained U.S. citizenship papers for him.

Over the next few years, Adam Crapser struggled alone, and also got into trouble with the law.

Once it was after he broke into his parents' home - it was, he said, to retrieve the Korean Bible and rubber shoes that came with him from the orphanage - and later it was for stealing cars and assaulting a roommate.

Because he lacked a green card to prove he could work in the U.S., he opened a barber shop and an upholstery business - something he could do without immigration papers.

He said his parents withheld his adoption record for years, so it wasn't until 2012 that Adam Crapser submitted a green card application - which set in motion his path to a deportation hearing.

Adam Crapser said he takes full responsibility for his crimes, but he has "done his time" and changed his life.

"America promised me a home," he wrote in his court declaration. "I implore this country to keep its promise. If not for me then for my children, so they won't have to grow up without a dad."