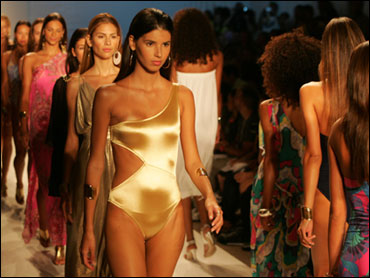 AARP threw the weight of its 35 million members behind a planned Medicare prescription drug benefit on Monday, handing Republicans a pivotal endorsement as they fight Democratic critics.

"We're going to work to get it passed," said AARP chief executive William Novelli in an interview with The Associated Press.

Novelli said the AARP will "pull out all the stops" to get the bill passed, including a three-day television campaign this week.

Novelli said the bill is not perfect, "but the country can't afford to wait for perfect. On balance, it's the right thing for seniors in America and their families."

The endorsement from the politically potent AARP, the organization of Americans age 50 and older, is a big boost for President Bush and congressional Republicans as they try to move their new Medicare prescription drug plan through Congress.

So far, Democratic leaders have been cool to the plan.

"I believe it will not pass the United States Senate in its current form," Sen. Edward M. Kennedy, D-Mass., said Sunday, signaling a politically charged struggle when the GOP tries to push legislation to passage beginning this week.

It is a battle Mr. Bush appears eager to join, after leaving subordinates to work with lawmakers across months of wrangling on the details.

"I know I will be actively pushing the bill, because it conforms to the principles I laid out of prescription drugs for our seniors: choice for seniors, accountability for the Medicare plan," the president told reporters at the White House.

The legislation would create a prescription drug benefit for 40 million elderly and disabled Medicare beneficiaries beginning in 2006. Participants would be offered a chance to purchase coverage at a monthly premium of $35, with a $275 deductible, a gap in coverage and protection against extremely high annual expenses.

At the same time, the bill would establish a new role for private health plans in Medicare, encouraging them to offer seniors the choice of receiving coverage under managed care plans such as preferred provider organizations. That system encourages use of certain doctors but allows patients to go elsewhere if they pay extra.

Republican congressional leaders sealed a tentative agreement Saturday with two Democrats, Sens. John Breaux of Louisiana and Max Baucus of Montana. Their next step is to await word from budget experts to make sure the measure doesn't exceed the $400 billion, 10-year price limit that Mr. Bush imposed earlier this year in requesting legislation.

After that, the leaders can see whether the political and policy calculations they made hold up.

In five months of bargaining, the GOP leaders struggled to write a bill that could appeal to enough conservatives to clear the House, while gaining enough support from moderate Democratic senators to avoid a filibuster.

At the same time, they avidly courted the support of the AARP, with 35 million members age 50 and over, and already have picked up support from the American Medical Association and American Hospital Association.

The White House continued its push on Monday to get the measure passed.

"There are leaders who are working in a bipartisan way to improve health care for our seniors, and then there are those who are standing in the way of progress for partisan political purposes," White House press secretary Scott McClellan said.

Other than Breaux and Baucus, no congressional Democrat voiced support for the legislation over the weekend, although others are expected. "Many will reach the decision that this is better to pass than not to pass," Baucus predicted.

Neither Kennedy nor Senate Democratic leader Tom Daschle has yet threatened a filibuster — a tactic that requires bill supporters to gain 60 votes to prevail. But neither found much to like in the proposed legislation, to judge by their rhetoric.

House Democratic leader Nancy Pelosi of California said the losers in the deal were older Americans, while the winners were "the Republicans' special-interest cronies. Republicans leaders are giving millions of dollars in windfall profits to the pharmaceutical industry ... and giving billions of dollars as a slush fund for HMOs."

The legislation creates a $12 billion fund to help managed-care plans take hold among the Medicare population. In addition, it leaves in effect the current ban on importation of lower-cost prescription drugs from Canada.

Among Republicans, GOP leaders hope that some provisions in the bill will attract conservative support — the very elements that Kennedy and other critics oppose most strongly.

The measure includes a new health-related tax break for individuals who purchase health insurance with a high deductible.

It also requires the president to propose legislation in the future if Medicare spending exceeds a fixed percentage of government revenues. Congress would have to consider the proposal but not be required to vote on it. Additionally, the bill provides for a temporary program of competition to pit traditional Medicare against the new private plans in a handful of metropolitan areas beginning in 2008. Conservatives say that will help hold down the growth in the program's cost.

But critics argue that will wind up leaving sicker and older beneficiaries in traditional Medicare and facing higher premiums.

Apart from Democrats, Republican Sen. Olympia Snowe of Maine said she is "deeply concerned" about the impact of direct competition on seniors.