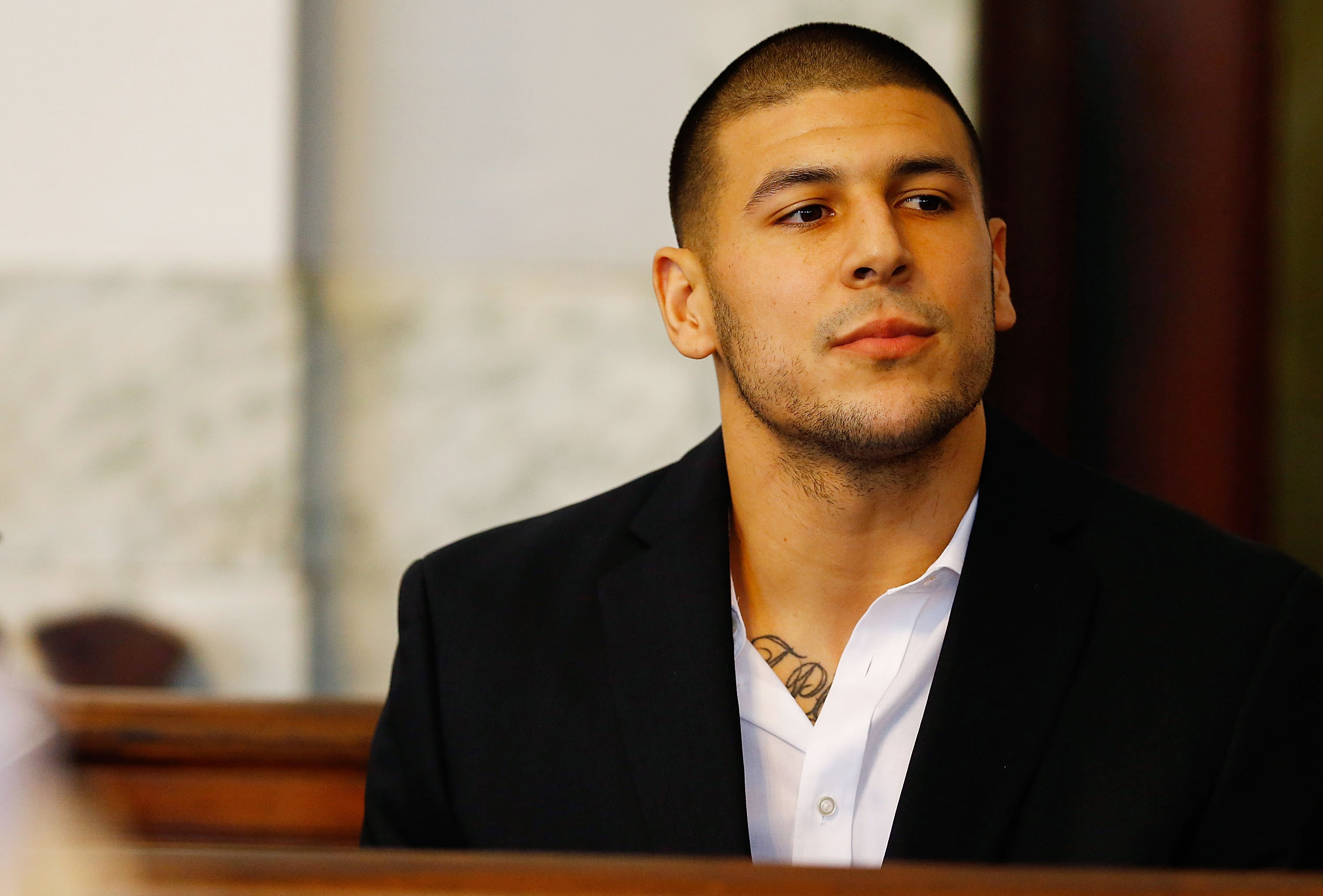 HARTFORD, Conn. - Police in Southington, Conn. are investigating the death of a 27-year-old Bristol woman with ties to former New England Patriot Aaron Hernandez, who is accused of murder.

Tabitha Perry died Monday after being found unconscious and not breathing inside a Southington home.

It is the third untimely death of someone with ties to Hernandez in the past six months.

Perry survived a car accident in June that killed Hernandez’s friend Thaddeus Singleton III. Police said at the time that the pair were in a car that crashed into a building in Farmington, Conn. at a high rate of speed. Authorities say they discovered the vehicle about five feet off the ground and inside the Farmington Country Club.

The Hartford Courant reported Massachusetts investigators were interested in speaking with the 33-year-old Singleton prior to the crash.

Police say Perry and Thaddeus Singleton, who was married to Hernandez’s cousin Tanya Singleton, had a child together.

In the murder case against Hernandez for the shooting death of former semi-pro football player Odin Lloyd,  Tanya Singleton faces a contempt charge and an accessory charge  Prosecutors say she helped a co-defendant flee. She has pleaded not guilty.

The Office of the Chief State’s Medical examiner said Tuesday that Tabitha Perry’s death requires further study, and police say they are waiting for the results of toxicology tests.

The uncle of Aaron Hernandez, Robert Valentine, 49, died in a moped crash in August.

Police determined that Valentine struck a curb while operating the moped and was thrown from the vehicle into a private driveway where he struck another curb, CBS affiliate WFSB reported. Police said Valentine was not wearing a helmet and died of a serious head injury.

Hernandez, 23, has pleaded not guilty and is awaiting trial in the June 17 shooting death of Lloyd, 27, whose body was ound shot to death in an industrial park in North Attleborough, Mass., not far from Hernandez's home.