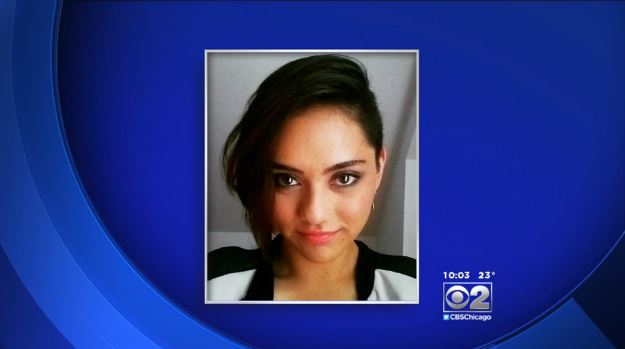 CHICAGO - A father's worst nightmare played out in real time over the telephone last Friday, when David O'Connor unwittingly listened to his 25-year-old daughter die.

Aaren O'Connor had moved to Chicago a little more than a year ago for a new job and to be closer to her boyfriend, reports CBS Chicago.

Last Friday, she was sitting in her car outside her apartment complex, chatting with her dad, who said he had feared for the worst when she moved from San Diego to the notoriously violence-riddled city.

Then, according to David O'Connor, something strange happened.

David eventually hung up the phone and was unsure of what had just happened.

"I didn't realize at the time but I was just having the last conversation with my daughter," he said.

Neither he nor Aaren knew she had been shot in the head. The father only found out what happened after reaching Aaren's boyfriend, who called her roommate to check on her.

The roommate found Aaren unresponsive in her car. She was rushed to the hospital but died Sunday.

"I would have loved to have told her one more time I loved her and was proud of her," David O'Connor said. "She was an amazing girl."

She continues to amaze her father, who just found out she was an organ donor.

Another way Aaren will continue to give back for years to come is through a GoFundMe page established by her co-workers. The money raised will be used to help at-risk youth in Chicago and to fund a scholarship in Aaren's memory.

"It gives her life meaning, and I so appreciate it," David O'Connor said.