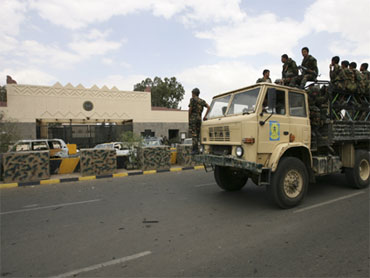 Carol O. was a falling-down drunk. She wrote her first-year university biology exam blitzed and once landed in a hospital after a drunken suicide attempt.

When she began drinking at age 17, Carol believed that booze gave her confidence and calmed her nerves. But it turned into an addiction that was destroying her life.

Today, Carol is 17 years sober, and it's her computer that provides the crucial link to the one thing that saved her — Alcoholics Anonymous.

Carol suffers from speech and anxiety problems and cannot participate in traditional face-to-face meetings. Without online daily chats and weekly discussion groups, real-time contact with the recovery network would be impossible.

"I can no longer cope with noise, people, pressure, stress, anxiety, fatigue, speaking to more than one person at a time," Carol, a 53-year-old federal public servant living in Ottawa, says by e-mail.

"I don't know how I would be coping if I didn't have AA available online."

A growing number of addicts otherwise cut off from the group's church basement meetings are finding support online, says organizer David T., who like Carol, can only be identified by his first name and last initial.

It's hard to say how many people use AA online, but Carol is far From alone, David says from his home in Ottawa.

There are the house-bound, the bedridden, the deaf, and those with mobility impairments or speech problems. There are caregivers, shift workers, those who live in remote areas, and the agoraphobic — those with social anxieties who are afraid to go out in public.

And just what does someone do if they live on an oil rig for weeks at a time? Or live in a community so small that being spotted in front of a building at a certain hour on a certain day of the week spreads through town before you even return home?

For many addicts, AA online is their sole link to sobriety, says David T., who himself struggled to stay sober when posted to Damascus in 1978 with the Canadian military, cut off from his regular meetings in Ottawa.

"I knew of other people over there who were on a vacation from AA, drinking while they were there, figuring they could stop when they went back home because no one would know," he recalls.

Today, soldiers in Afghanistan and the Middle East can know help is just a click away.

But it's not just addicts that are turning to the Internet for help.

The lure of anonymity has encouraged all sorts of people to seek out e-therapists, says Vancouver social worker Pat Roles, who charges $20 per e-mail to counsel troubled people online.

"I'm finding your average person who wouldn't normally go for counseling ... who is maybe a bit embarrassed, they're a professional in a community," explains Roles, who has worked as a clinical social worker for more than 25 years and began e-counseling in 2001.

"They tend to be the kind of person who wouldn't show up at a counselor's office and also has maybe more of a general concern — they don't fit into let's say a mental health team or a family counseling thing and ... maybe they don't really know quite where to go."

The types of issues Roles deals with are short-term problems concerning "everyday kinds of issues" that are often relationship-based or related to loss or change, she says. Roles recommends that people with more serious, chronic mental health issues seek help within the traditional medical system.

Still, many shy but troubled people can discover they need help by tentatively venturing into e-groups first, says David.

"It's perhaps a little easier on the Internet because you're anonymous — totally anonymous — you don't see the other person's face," says David, noting many first-time AA members logged onto groups while drinking, or drunk.

He recalls the story of one woman who found AA online while drinking at home.

"Her connection to AA was the online version and she graduated to going to face-to-face meetings. If it hadn't been for that (online presence) she may have been drinking for a number of years before she finally got sober," says David, who took his last drink in 1971.

Although Carol credits her various Internet groups with keeping her sober, she says there are drawbacks to meeting exclusively online. She recalls the warm social atmosphere of face-to-face meetings — which she attended for 15 years until she fell ill in August 2004.

"I really miss the (face-to-face) meetings — to see and hear people, to hug and have human contact . . . right now I am unable to function in any kind of environment like that," says Carol, whose illness has also curtailed her work life — she no longer takes business trips or organizes conferences.

"Online people can just read a posting and not respond — you can't see them and see if they are troubled — online you only know what people tell you in words. Some communicate better in writing than others."

David T. says isolated northern communities can really benefit from online services. He and others with AA have created an outreach program to publicize their presence online.

"There is a big movement in AA to try and help the northern communities, especially in Quebec and northwestern Ontario," he says.

Quite often, addicts will go for treatment in a large Canadian city but then return home where there are no support meetings, David says. If there is a computer in that community, they can continue their recovery with help.

"They have to participate somehow," he says.