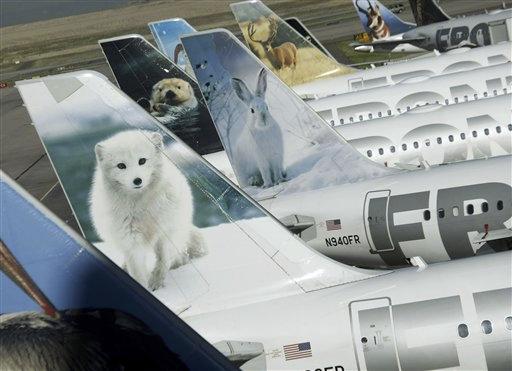 This column from The American Prospect was written by Matthew Yglesias.

The still-ongoing events in Ukraine are important in their own right, but salutary as well for other reasons. I, for one, find it comforting to have proper good guys and bad guys again. The international disputes of the past few years -- pitting George W. Bush against, variously, Osama bin Laden, Saddam Hussein, Abu Musab al-Zarqawi, Kim Jong-Il, and Ayatollah Ali Khamenei -- have been more than a little disheartening in this regard. Bush has been fortunate in his enemies, and yet so massively misguided in his approach to coping with them that one can hardly help but feel confused and dispirited. Though Ukrainian opposition leader Viktor Yuschenko is hardly without flaws, one can properly see him as an admirable man and a clearly preferable alternative to Leonid Kuchma, Viktor Yanukovich, Vladimir Putin, and the sundry forces arrayed against him.

And, again, while Bush's approach to Putin has not, historically, been a sound one, the president seems to have found his way to the side of the angels on this one, handling the situation, if not perfectly, at least well.

Beyond such considerations, the drama playing out in Kiev reminds us of an earlier and, frankly, happier global paradigm. Just as during the late 1980s and early 1990s, the United States now finds itself allied with Europe's democracies and popular sentiment in a country dominated by a dictatorial Russia. This is international politics as we would like to see it -- outsiders helping to spread freedom to a place where our assistance is largely welcome and where the progress of democracy can be seen as a clear means of advancing a straightforward understanding of American interests.

This stands in stark contrast to events in the 21st-century Middle East, where U.S actions undertaken in the name of democracy promotion could hardly be less welcome among the populations we're ostensibly assisting. The neoconservative right has not yet offered a response -- much less a convincing one -- to this paradoxical dynamic in which they have enmeshed us: How can we possibly create democracy in a region through methods that are overwhelmingly rejected by the people to be democratized?

Neoconservative doctrine has it that the promotion of democracy in the Middle East entails, first and foremost, support for democratic Israel and strident opposition to the regimes in Syria, Iran, and, formerly, Iraq, that sought to limit U.S. power in the region. Arab and Muslim public opinion, meanwhile, could not be clearer on the point that democracy promotion as most Arabs and Muslims understand it entails less support for a Jewish state it regards as oppressive, and a United States that is less influential in the region.

Bush's decision to commit himself to this course despite its evident problems has not only failed to bring freedom to the Arab world but has produced a historic crisis within the West. At first, this played itself out mainly as a drama within Europe, where several states led by France and Germany (with European public opinion on their side) opposed the United States, while other governments, led by Britain, Spain, and Poland, stood with us for strategic reasons. As the situation in Iraq has deteriorated, public opinion has tended to triumph across the pond, marginalizing Atlanticist sentiment.

Bush's re-election drove the wedge deeper. As long as his spell in the White House could be written off as a fluke -- a consequence of America's eccentric method of choosing a president -- the trans-Atlantic alliance still looked to many like the key to global security. Bush's majority, however, tended to confirm the Gaullist view that the problem is not Bush (or Dick Cheney or Paul Wolfowitz) but America, and that Europe ought to build itself up as a counterweight to a state that, though a liberal democracy in terms of its internal politics, is itself a rogue actor on the world stage.

Ukraine reminds us that we are not yet at a point -- prophesied in Charles Kupchan's fascinating book, "The End of the American Era" -- where it no longer makes sense to speak of a western bloc. For these purposes, at least, America and Europe are united around values and interests alike. The institutions of NATO and the European Union present themselves in this context not as sources of trouble but -- as before in Poland, Hungary, the Czech Republic, and elsewhere -- as powerful carrots that help drive eastern Europe toward integration with the West while providing ballast to emerging democracies that might otherwise prove unstable.

The question looking forward is whether the future portends more Ukraines or more Iraqs. I won't hazard a guess as to which it will be. The contrast reminds us, however, that things turn out much better when the rich democracies collaborate. U.S. military might functions much better when bolstered by the massive economic and political power of Europe and, to a lesser extent, Japan and the other Asian democracies. Under the present circumstances, when U.S. military supremacy has been (temporarily, one hopes) diminished by Iraq, the importance of collaboration has never been higher.

The next -- and perhaps decisive -- test will be Iran. What's needed is for the free world to get on the same page. An appropriately designed diplomatic and economic offer -- featuring more possible concessions from the United States and harsher possible penalties from the European Union than either bargainer is willing to put on the table -- would prove to be in the interests of Europe, the United States, and Iran alike. Such a deal could lay the groundwork for a sounder plan to democratize the Middle East than the head-cracking ineptitude we saw in 2003. Its absence could well lead to a new war, an irrevocable trans-Atlantic split, and a lengthy deferment of any positive outcomes for the Islamic world. Getting to a deal will require better behavior from both sides -- less of the strange combination of paranoia and self-assuredness that has characterized the Bush administration thus far and less of the European taste for commerce über alles.

I'm not confident in the outcome, but for now, as the "Orange Revolution" seems to be progressing, I can at least hope for the best.