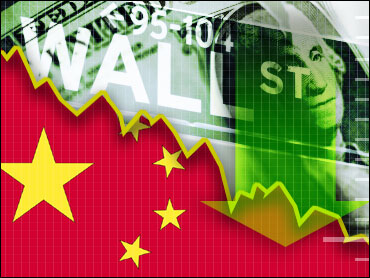 This column was written by Michael T. Darda.

Seventy-seven years ago, members of Congress erected a tariff wall aimed at protecting American business concerns. The result was a stock market crash followed by drastic retaliatory tariffs and a shutdown of the global trading system. The 1932 Revenue Act made matters worse by massively raising marginal tax rates on domestic incomes. These blunders set the stage for the Depression and world war that followed.

Current members of Congress appear to have let their history books collect dust: A raft of anti-China currency and tariff legislation is now widely supported by both political parties as the exigencies of political grandstanding subvert the ideals of sound policy. At the same time, Chinese government officials have threatened to dump some of the government's $1 trillion in U.S. Treasury securities if Congress continues its currency bashing and tariff threats.

This fiscal folly couldn't come at a worse time. Financial markets have been reeling over the last several weeks as hedge funds deleverage from wrong-way bets on mortgage products. It certainly doesn't help matters that a tone-deaf Congress, led by a bipartisan coalition of the economically obtuse, is attempting to advance legislation that would raise tax rates on investment companies as part of a "fix" for the alternative minimum tax (AMT).

Has anyone in Congress ever stopped to contemplate why London has once again become the financial capital of the world? Perhaps it has something to do with the fact that the rest of the world is lowering corporate tax rates and trying to moderate regulations while the U.S. is stuffing Sarbanes-Oxley down the throat of its businesses.

If that weren't bad enough, the 2001-03 tax cuts on incomes and capital are essentially on the chopping block, set to expire in several years time unless Congress and the president act to extend them. The current Congress isn't disposed to extending the tax cuts, while online futures trading points to a Democratic sweep in 2008. In other words, there's a high probability that tax rates are going up.

Some politicians argue that the current anti-trade sentiment has been driven by wage inequality and poor income growth, "tax cuts for the rich," and high energy and food prices for the poor. But the data refute this. Personal income has grown at an average pace of 6.2 percent since 2004, despite large swings in reported GDP growth; personal income is up 6.1 percent year-over-year as of June, right in line with the average of the last few years. And thanks to a low unemployment rate and a tight labor market, real non-supervisory wages are growing faster today than they were at this stage of the last cycle (1.6 percent vs. 1.3 percent, year-over-year).

Attention protectionist stooges: Since the implementation of NAFTA in 1994, real non-supervisory wages have grown at an average pace of 1.2 percent per annum, triple the 1971-2007 average of 0.4 percent per annum. Inflation-adjusted household net worth has jumped $22.2 trillion since NAFTA was implemented while non-farm payrolls have increased by 24.9 million. Manufacturing output, far from falling, actually stands at a record high, and is up 62 percent since 1994.

Undoubtedly some have been left behind by the global economy. But free trade, China, and Wal-Mart for that matter have dramatically increased the standard of living for most people, just as protectionism, a trade war, tax hikes on investment and work, and the absence of Wal-Mart would sink living standards for most people.

While the global boom continues on the back of pro-growth policies around the world, Congress is speeding down the road to ruin with trade protectionism and a raft of untimely tax hikes. It's time to take a detour and think about the hugely anti-growth consequences of turning our backs on the global economy and pro-growth tax policy.
By Michael T. Darda
Reprinted with permission from National Review Online