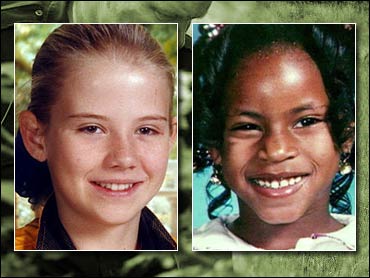 CBSNews.com's David Hancock examines the widely divergent media coverage of the kidnapping of Elizabeth Smart and the abduction of Alexis Patterson, a 7-year-old black girl from Milwaukee.

In Milwaukee, callers to a popular African-American radio station have the same question. Why is the media giving so much attention to a kidnapped white girl in Utah, when Milwaukee has an equally horrible situation involving a missing black girl?

"On the radio talk shows, people are saying 'Who is this white girl getting all this coverage,?'" said Beverly Williams, a Milwaukee NAACP leader involved in the effort to find Alexis Patterson. "The national media has been heavily criticized. People are saying the media is somewhat racist and one-sided."

Alexis' disappearance on May 3 raised questions about what exactly makes a story enticing to the national media. Is the disappearance of a middle-class white girl more significant than the kidnapping of a black girl from a poor neighborhood? Williams, who has taken on the task of focusing media on Alexis Patterson's case, said it has been a difficult experience.

"It has been extremely frustrating trying to get national attention. For the last two to three weeks, I have a notebook full of numbers, people who I have called," says Williams. "People say, 'I'll make sure our editor gets this.' And then nothing happens."

Alexis disappeared about a block from her home while walking to school in the central, mostly black part of Milwaukee. Some children report having seen her on the school playground, but Milwaukee police have said they believe she disappeared before reaching school.

In the days just after her disappearance, there was a lot of community involvement in searching for her, and media attention was strong. Local press interest is still strong, but the case has largely been a non-starter with the national media.

That isn't the case with Elizabeth Smart, who was reportedly abducted from her family's million-dollar home in Salt Lake City on June 5. National and international media attention on the case has mushroomed since Elizabeth's disappearance was reported.

The circumstances of Elizabeth's apparent abduction were disturbing and dramatic. She was reportedly taken from the bedroom of her home in the dead of night by a well-dressed, soft-spoken man who brandished a small gun.

But Alexis' fate was also a parents' worst nightmare: An innocent little girl apparently kidnapped while walking to school.

While race and class undoubtedly play a role in media coverage of such cases, other factors also contribute to the scope and intensity of the coverage.

Sympathy for the family, and a feeling that the parents were blameless in the child's disappearance is a key ingredient for media attention to a story, says Gayle McBride, a missing children's liaison in Phoenix, Ariz.

There is no evidence to suggest that either set of parents played any role in the disappearance of their children, and Elizabeth's Smart's parents have emerged as innocent victims in media accounts.

That hasn't necessarily been the case in Milwaukee, where some news accounts have reported that Alexis Patterson's stepfather has a criminal record that includes serving as the getaway driver in a bank robbery that resulted in the killing of a police officer.

"In my experience, the media tends to be attracted to cases that indicate a potential stranger abduction type situation," said McBride, with the Criminal Investigations Research Unit of the Arizona Department of Public Safety.

"It's going to pique people's interest. Someone coming to your home and abducting your kid while you're sleeping. That could happen to any of us," said McBride. She notes that the public is less involved in the case if they feel there was some "lapse" in the parent's care of the child.

"I haven't seen a problem connected to race," said McBride. "In Arizona, we have huge Hispanic population, and we have had Hispanic kids go missing and the media goes all out."

Bob Steele, a journalism ethics expert with the Poynter Institute, a journalism training organization in St. Petersburg, Fla., says a variety of factors determine which stories the media covers. In an article posted Thursday at the Poynter Web site, Steele cites several factors that determine the publicity that a missing person case might get in the media: