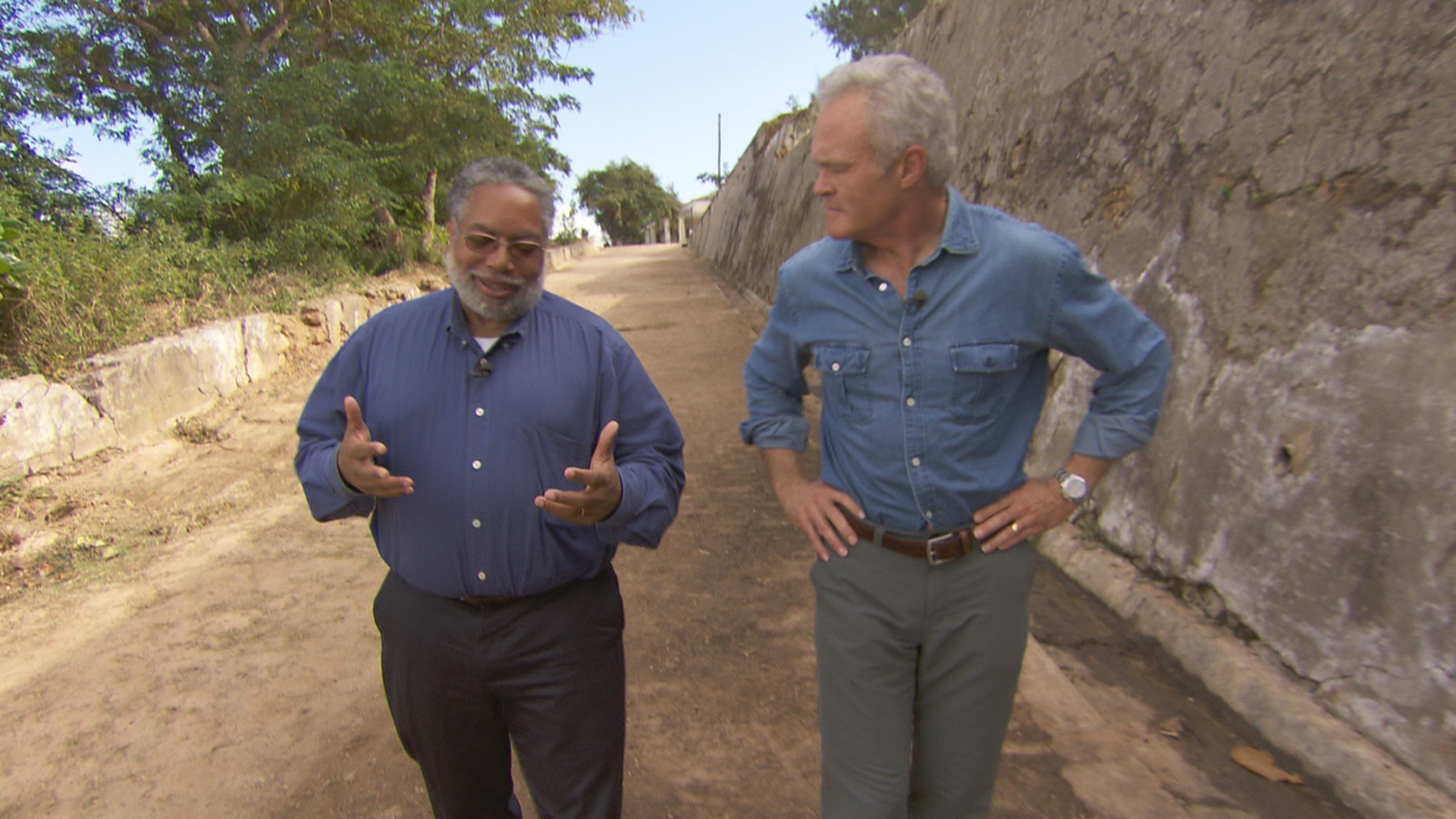 On 60 Minutes this week, Scott Pelley and his team travel to a beautiful but haunted place -- Mozambique Island, off the coast of Africa, where more than 400,000 slaves were trafficked.

Lonnie Bunch, founding director of the Smithsonian National Museum of African American History and Culture, which is due to open in September, arrived there on a quest to better understand how kidnapped Africans were brought to the New World.

With the help of maritime anthropologists, researchers and divers from the Slave Wrecks Project, he learned of the Sao Jose, a Portuguese ship that sank two centuries ago killing nearly half its human cargo: more than 200 men, women and children who were locked below the deck.

In the Overtime video above, 60 Minutes tours the St. Sebastian Fortress with Bunch. The fort protected the Portuguese trade and held some slaves before they were shipped abroad.

“I wanted to really try and figure out how minute-by-minute felt,” producer Nicole Young tells Overtime Editor Ann Silvio. “What were you thinking? What were you saying to your sister or your mother or your husband or your child to, in some way, comfort them?”

“I want people to realize how amazingly strong the enslaved people must have been to survive that voyage and to survive, in essence, their time on the cross.”

60 Minutes also filmed cramped tunnels and a long, wide ramp where slaves were herded toward ships.

Cameraman Ian Robbie used a drone camera to film Pelley and Bunch walking down the ramp, the last glimpse most slaves had of their homeland. “He wanted to capture exactly what it was like in the mind’s eye, to see all of these people shoulder to shoulder, going down to the ships,” Pelley says.

“What does a black man see that I can’t see?” Pelley asks Bunch, while on the ramp.

“He sees a combination of unbelievable pain, a sense of anger, a sense of loss, but also an amazing sense of optimism,” Bunch says. For him, Pelley explains, slavery is a story of triumph.

“I want people to realize how amazingly strong the enslaved people must have been to survive that voyage and to survive, in essence, their time on the cross,” Bunch says.

“I wish I could, as part of my gift to America, give African Americans that sense of pride in a part of their history that many shy away from.”