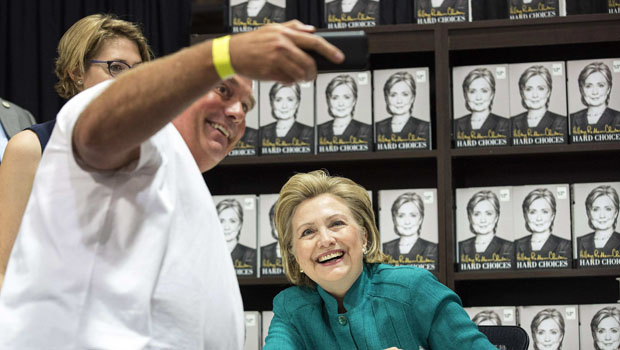 Clinton shouted that she couldn't believe it.

Sotomayor told reporters she was "just shopping" and decided to get a signed copy of Clinton's new book, "Hard Choices."

The former first lady kicked off her book tour this week, with stops in New York, Chicago and Philadelphia.